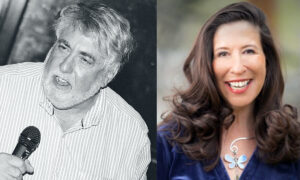 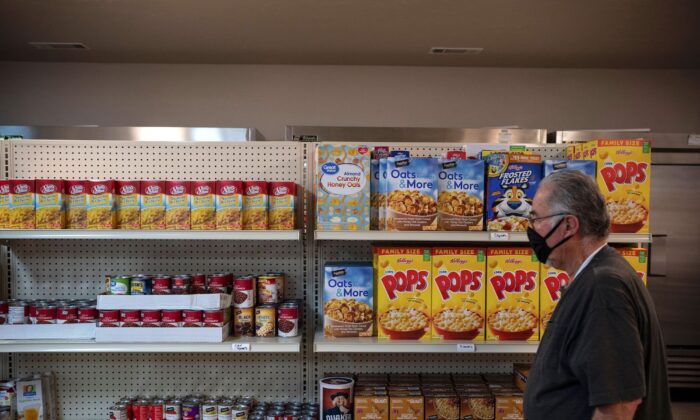 A volunteer at Jonah's House Food Pantry fills a bag of food in Carlsbad, N.M., on May 7, 2020. (Paul Ratje/AFP/Getty Images)
AMERICA

A New Mexico official told a local news outlet that the CCP virus-related state ban on mass gatherings could last for as long as 18 months.

Tourism Secretary Jen Paul Schroer said last week that New Mexico’s prohibition of gatherings of more than 100 people may not be lifted earlier than when a vaccine becomes available, the Santa Fe New Mexican reported.

“I know a lot of events have been canceled this year,” Schroer said at a virtual meeting about reopening the state’s hospitality industry. “We may not have the ability to do a mass gathering until we have a vaccine or herd immunity. It could be a year or 18 months.”

The development of candidate vaccines for the CCP virus has been fast-tracked. Public health expert Dr. Anthony Fauci, a member of the White House coronavirus task force, said recently that he believes a vaccine could be ready for deployment in December or January 2021.

President Donald Trump said at an event in mid-May on vaccine development that he anticipated one would be ready by the end of the year or sooner. “We’re doing tremendously well,” Trump said.

“From the earliest days of the pandemic, we have marshaled the genius of American scientists and researchers from all across government and the private sector, from academia, from everywhere, to vanquish the virus,” Trump told an assembly at the Rose Garden on May 15.

That same day, New Mexico Gov. Michelle Lujan Grisham, a Democrat, signed a modified emergency public health order that eased some restrictions on businesses and, among other changes, required everyone to wear a cloth face covering in public, except when eating, drinking, and exercising.

“I know this is not popular, but seat belts, child safety seats and airbags weren’t popular either when they were first adopted, and we know they save lives,” Grisham said in a release. “Please: Wear a mask. It’s compassionate. It protects others, including frontline workers of all types, and we owe them a great debt of gratitude. Let’s protect them and each other and our families.”

The new order, which was modified “to acknowledge incremental progress against the novel coronavirus,” remains in effect through May 31. It allows retailers to resume operations but in a limited scope of 25 percent of maximum occupancy.

The order retains the bulk of stay-at-home restrictions, which instruct all New Mexicans to stay at home except for outings that are absolutely necessary for health, safety, and welfare.

“If New Mexicans don’t help us as we ease restrictions, we’ll see cases rise, and as they rise, we’ll have to shut down again. That’s the only tool I have,” the governor said.

One of the casualties of the lockdown is an iconic motorcycle rally in the northern New Mexico town of Red River that was expected to draw 20,000 riders and has been a reliable source of revenue for 37 years, which has now been canceled.

“The Town of Red River is committed to playing a constructive role to limit the spread of this virus and limit any extra burdens to our healthcare system,” the rally organizers said in an April 16 update (pdf), which noted that the Red River Town Council voted not to allow vendors and wouldn’t issue itinerant permits for the Memorial Weekend rally.

Red River’s tourism director, April Ralph, said the town had brought in portable toilets and set up picnic benches anyway. She said it expects visitors from Texas escaping the heat, and that some bikers would come to tour a scenic byway called the Enchanted Circle and pay homage at a Vietnam War memorial, rally or not.

“People are getting antsy to move and get out,” Ralph said. “We are hoping that next year will be a whole different ball game.”