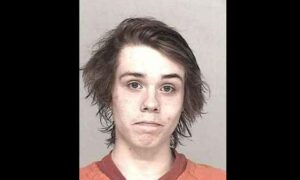 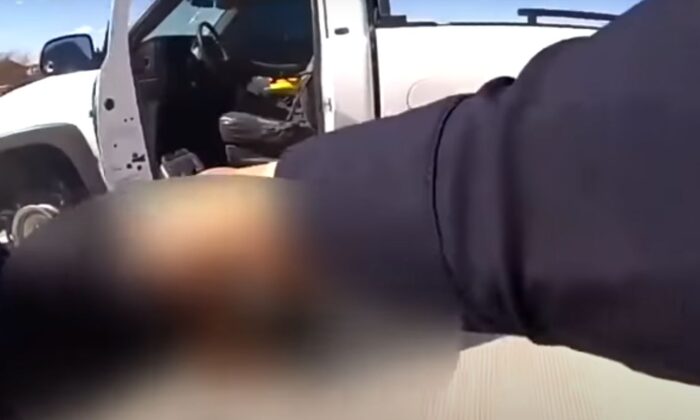 A New Mexico police officer got back up and returned fire at a suspect after he was shot, according to newly released footage. (Las Cruces Police Department)
Crime and Incidents

New Mexico Officer Shot by Alleged Cop-Killer Gets Back Up, Returns Fire

A New Mexico police officer got back up and returned fire at a suspect after he was shot, according to newly released footage this week.

The new police camera footage from De La Garza showed the officer stop Cueva within seconds. He then emerged from his vehicle and came face-to-face with Cueva before a shootout ensues, which left Cueva dead, according to KFOX. During the exchange, the officer was shot before getting back up and returning fire.

According to the New Mexico State Police in a news release, Jarrott first initiated a traffic stop on a white Chevrolet pickup on Interstate 10 on Feb. 4 before Cueva shot him point-blank.

When he exited the truck, Cueva, according to police footage, was holding a small rifle. He then fired several shots at Jarrott as he was walking around the rear of the vehicle, officials said.

“Cueva fired several more rounds at Officer Jarrott who was struck by gunfire and killed. As Cueva ran toward the front of the truck on the passenger’s side, he shot Officer Jarrott point-blank in the back of the head,” said the news release.

De La Garza “was struck by gunfire and was airlifted to a trauma hospital in Texas where he was treated and released for non-life-threatening injuries,” said police.

Officers also rendered aid to Cueva until emergency medical personnel arrived on the scene, officials said in the release.