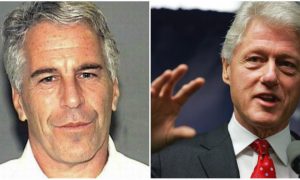 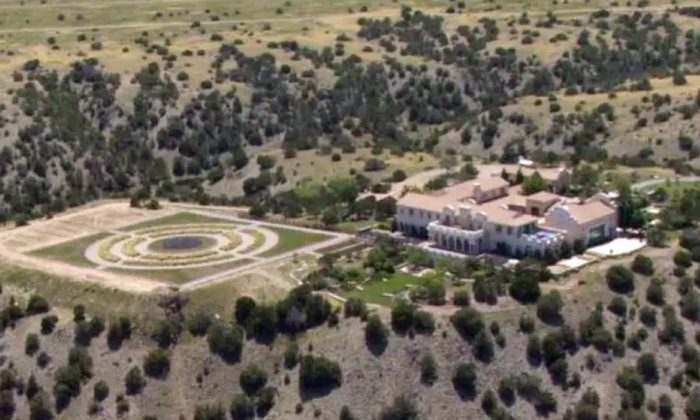 Investigators are continuing to focus on Jeffrey Epstein’s gigantic ranch in New Mexico, which he bought in 1993, following the disgraced financier’s death in jail.

As federal investigators turn up evidence from Epstein’s homes in New York, Florida, and the Virgin Islands, New Mexico officials are probing Epstein’s property to try to turn up something.

New Mexico Attorney General Hector Balderas was continuing to look into “all allegations of criminal conduct connected to the Epstein case in New Mexico,” a spokesman told the Santa Fe New Mexican. Balderas had said in July, after Epstein was arrested on child sex trafficking charges, that he was looking into whether Epstein had committed any crimes in New Mexico.

Stephanie Garcia Richard, the state land commissioner, had staff pull every document related to land Epstein was leasing from the state and deliver it to Balderas, she told the Albuquerque Journal.

“It is absolutely horrifying to discover that we have existing leases with an individual who has caused irreparable harm to so many women and girls. The best thing that we can do at this time is to provide the Attorney General with any and all resources at our disposal to assist with their investigation,” she said.

Richard told KOAT the documents totaled over 400 pages, adding, “In reviewing the documents, it was a sickening feeling to see this man’s signature on state land office documentation.”

Asked if the land office should have known about Epstein being a convicted sex offender, Richard, who took office this year, said the office doesn’t formally vet people who lease land. “This has really caused us to take pause and consider who we’re doing business with,” Richard said.

Balderas’s spokesman told the New Republic that the investigation actually started in February or March, adding, “This attorney general has been very focused on prosecuting sex crimes” and that the case “is a priority.”

Multiple girls have said they or someone they know were abused at the ranch.

Virginia Roberts, one of the girls who spoke to investigators in the 2000s when Epstein was accused of molesting over 100 minor girls, said she was taken to the ranch when she was 17 and gave at least two pictures to federal agents showing her on the land. Maria Farmer, who said Epstein abused her sister, said that Epstein flew the girl to the ranch in 1996.

“She was only 15 at the time and they directed her take off all of her clothes and get on a massage table,” Farmer said in the affidavit. “[Ghislaine] Maxwell and Epstein then touched her inappropriately on the massage table.”

Roberts, now known as Virginia Giuffre, said in depositions unsealed this month that former New Mexico Gov. Bill Richardson was one of the men she was ordered to have sex with. Richardson has denied the claim. Epstein donated to Richard’s campaigns in 2002 and 2006.

People who lived in the area said they knew when Epstein was in town because lights from his mansion couldn’t be missed.

“The mansion lights drown out the stars,” Gene Peach, a Santa Fe photographer, told the Republic. Sina Brush, who lives in the area, told the New Mexican that the lights were visible for miles and were switched on every six weeks or two months. There were “caravans of glamorous women” that would arrive at the ranch’s entrance off of the local Highway 41.

Among his connections with famous scientists, Epstein donated over $250,000 to the Santa Fe Institute, a think tank, and was reportedly close with co-founder Murray Gell-Man, who told Vanity Fair in 2003 that “there are always pretty ladies around” when he had dinner with Epstein.

An institute spokeswoman told the Republic: “Contrary to certain statements in Epstein’s bios, he was not actively involved at SFI other than as an infrequent donor.”