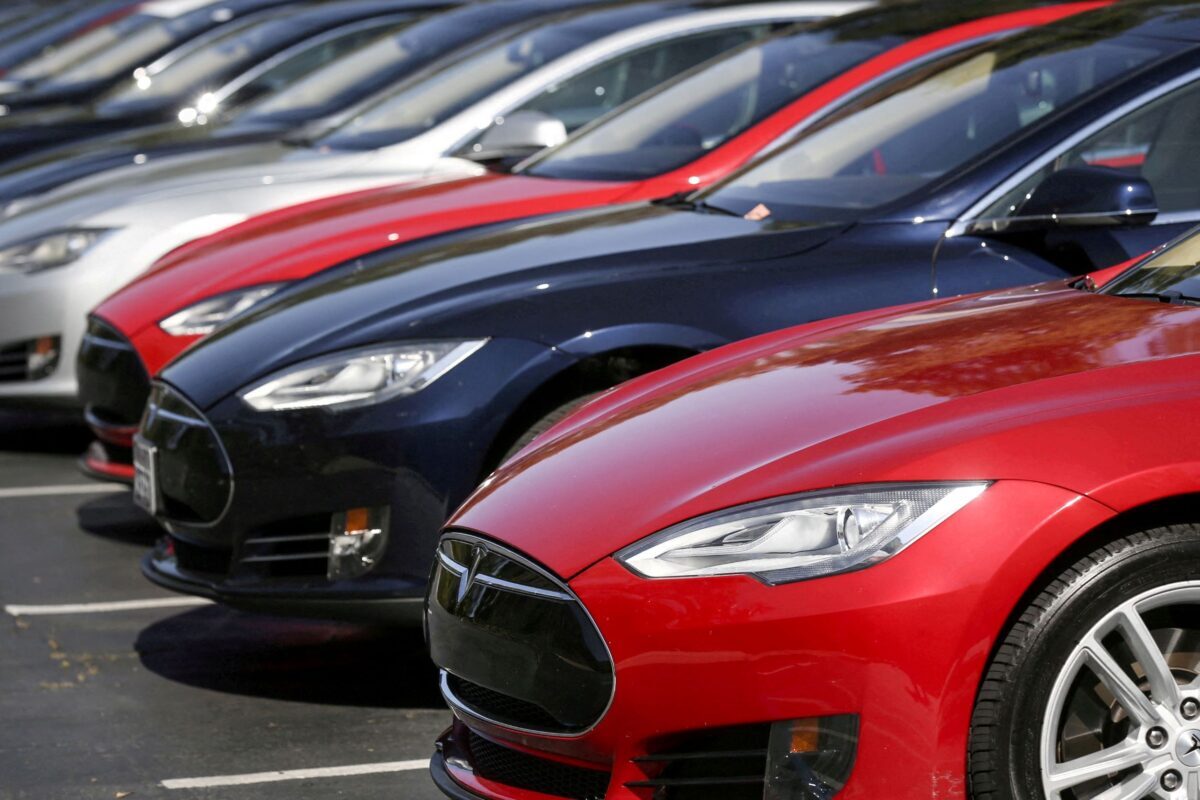 A row of Tesla Model S sedans are seen outside the company’s headquarters in Palo Alto, Calif., on April 30, 2015. (Elijah Nouvelage/Reuters)
Australia

Engineers from Australia’s University of New South Wales (UNSW) have developed a magnetically-driven motor that not only requires less rare earth mineral to develop, but could potentially increase the distance electric vehicles (EVs) can cover.

The motor has a very high power density that can reduce the weight of EVs allowing a vehicle to potentially cover longer distances.

Guoyu Chu from the UNSW School of Electrical Engineering and Telecommunications said in a release on Sept. 12 that the current trend in EV design is to have motors that rotate at high speeds.

“Every EV manufacturer is trying to develop high-speed motors and the reason is that the nature of the law of physics then allows you to shrink the size of that machine. And with a smaller machine, it weighs less and consumes less energy and therefore that gives the vehicle a longer range,” he said.

“With this research project we have tried to achieve the absolute maximum speed, and we have recorded over 100,000 revolutions per minute and the peak power density is around 7kW per kilogram.

“For an electric vehicle motor we would actually reduce the speed somewhat, but that also increases its power. We can scale and optimise to provide power and speed in a given range—for example, a 200kW motor with a maximum speed of around 18,000 rpm that perfectly suits EV applications,” he said.

Chu told The Epoch Times via email on Sept. 13 that if the motor design is scaled and optimised for EVs, it is expected to be 10 to 20 percent lighter and 2 to 5 percent more efficient than existing EV motors.

“The inverter will also benefit from the high speed and become lighter and smaller,” he said. “The reduced weight and improved efficiency will contribute to an extended range—the ballpark estimation is around 5-10 percent longer.”

How It Was Developed

The new IPMSM prototype was developed using the team’s AI-assisted optimisation program, which assessed a number of designs according to a range of physical aspects, including electric, magnetic, mechanical, and thermal.

Through the evaluation of 90 possible designs, the program then selects the top 50 percent of these to generate a new range of designs, and the process continues until the optimum design is discovered—the 120th generation analysed by the program in the case of the new motor.

IPMSM motors have magnets embedded in their rotors to produce strong torque and an extended speed range, but existing IPMSMs lack mechanical strength due to thin iron bridges in their rotors, resulting in limited maximum speeds.

However, by utilising the engineering properties of the Gyopo bridge’s double-tied arch structure, in addition to a compound-curve-based mechanical stress distribution technique, the UNSW team ended up patenting a new rotor configuration that could boost its robustness.

With this increased rotor strength, Chu told The Epoch Times that the motor could achieve a mechanical safety factor 1.5 to 2 times higher than current EV motors and therefore should have a longer life span.

Other benefits of the new IPMSM are that it is cheaper to produce than existing high-speed motors and requires less rare earth minerals.

Chu said that the majority of high-speed motors use a sleeve made of high cost material like titanium or carbon fibre to strengthen the rotors.

“The sleeve itself is very expensive and also needs to be precisely fitted and that increases the manufacturing cost of the motor,” he said.

“Our rotors have very good mechanical robustness, so we don’t need that sleeve, which reduces the manufacturing cost. And we only use around 30 percent of rare earth materials, which includes a big reduction in the material cost—thus making our high-performance motors more environmentally friendly and affordable.”

“Our technology can help to reduce the use of Samarium and Cobalt if SmCo magnets are used for the motor. Samarium is a rare earth mineral and cobalt is a high-demand critical mineral,” he said.

If neodymium magnets are being used in EVs, employing the new technology would likewise mean less of this rare earth mineral would be required.

While ideal for EVs, the new IPMSM prototype has a range of other potential applications, including large heating, ventilation, and air conditioning systems, as well as high-precision computer numerical control (CNC) machines used by in aviation and robotics industries.

The motor could also be an integrated drive generator (IDG) inside aircraft engines to generate electrical power for aircraft systems.