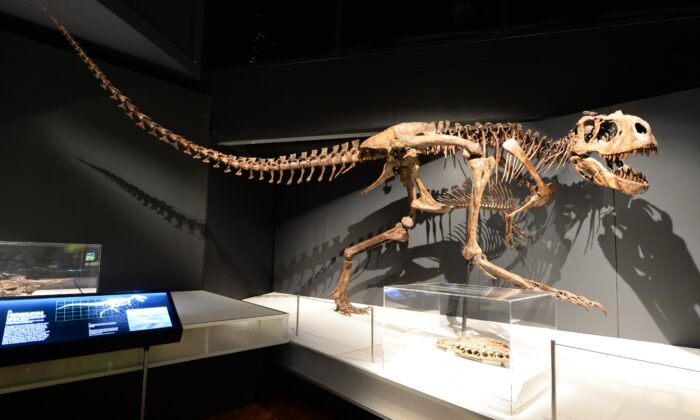 From this weekend the Australian Museum will open its doors for the first time in 15 months after undergoing a $57.5 million transformation.

The ribbon-cutting ceremony was presided over by New South Wales (NSW) Premier Gladys Berejiklian and Minister for the Arts Don Harwin.

The renovation, the largest in its history, opens an extra 3,000 sqm of public space, and will allow the museum to host more exhibits.

“The Australian Museum is the country’s first museum, so it is only fitting this world-class institution has an upgraded home in the heart of Sydney,” Berejiklian said at the ceremony.

“The expanded exhibition areas will house the world’s biggest and best travelling exhibitions, and I’m excited for the opportunities it brings for the people of NSW and visitors from around the globe,” she added.

The museum will not charge admission fees, barring specific exhibitions, and its reopening coincides with the upcoming Christmas holidays.

Several public spaces have been reimagined or revamped, including the creation of a new Museum Shop, a second café, a new Members Lounge, new education rooms, cloaking and new amenities.

“Our cultural institutions come alive only when we inhabit them,” Harwin said.

“With its rich history, the Australian Museum has witnessed significant changes in our society and continues to play an important role in our cultural landscape,” he added.

“Over the next three years, the Australian Museum will continue to open new galleries, including a new interactive education space and new Mineral, Pacific and Egyptian Galleries,” she added.

There are two major exhibitions on show during the reopening including Tyrannosaurs – Meet the Family and Australian Geographic Nature Photographer of the Year.

The Australian Museum was founded in 1827 and is the country’s first museum.

It is internationally recognised as a natural science and culture institution focused on Australia and the Pacific.