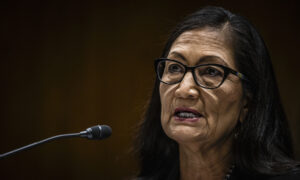 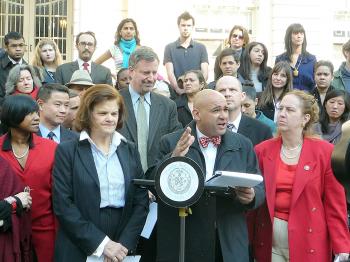 Mayor Michael Bloomberg ordered a comprehensive review of construction, demolition and abatement sites in the wake of the fire at the former Deutsche Bank building at 130 Liberty Street that killed two New York City firefighters, Joseph Graffagnino and Robert Beddia.

“After the tragic fire at 130 Liberty Street, Mayor Bloomberg asked for a review of similar construction sites to answer the questions raised by the fire,” said Deputy Mayor Skyler. “We convened a comprehensive working group and developed a series of reforms to improve safety protocols, increase the City’s oversight and ensure the agency’s overseeing the work sites are talking to each other and sharing information,” he added.

The new legislation includes 11 bills that include the following measures:

• Implementation of the uniform color coding of standpipe and sprinkler systems for ease of identification in case of emergency;
• Required pressure testing of new or altered sprinkler or standpipe systems;
• Site safety managers mandate to conduct daily checks of standpipes and weekly tracing of the system at construction and demolition sites to ensure no breach has occurred;
• DEP, FDNY and DOB mandate to share information about violations issued and other key inspection data so that inspectors from all three agencies are aware of any serious problems and have the knowledge to allocate sufficient resources to the properties with the highest risks;
• Mandatory submission of a detailed plan for demolition by a registered design professional in the permit application process;
• Implementation of a zero-tolerance smoking policy at certain demolition, construction and abatement sites;
• Limiting simultaneous asbestos abatement and full demolition work unless the job meets certain thresholds established by DEP, FDNY and DOB;

“Taken together, these measures represent a significant overhaul of the City’s demolition and asbestos abatement procedures,” said Speaker Quinn. “And once they are implemented, they will take us a major step forward in making sure that conditions in this industry never lead to another event like the one that took the lives of Joseph Graffagnino and Robert Beddia. Our thoughts and prayer go out to their families today,” she added.