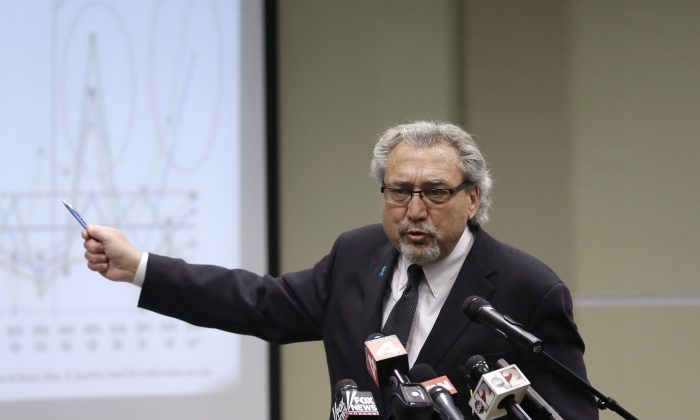 FLINT, Mich. — Environmental and civil rights groups want a federal judge to order the prompt replacement of all lead pipes in Flint’s water system to ensure that residents have a safe drinking supply, a demand that Gov. Rick Snyder said on Wednesday might be a long-term option but not an immediate one.

A lawsuit filed Wednesday seeks an order forcing city and state officials to remedy alleged violations of the federal Safe Drinking Water Act, including a failure to properly treat the water for corrosion, test it for lead, notify residents of results and accurately report if the correct sample sites are being selected. Flint residents are currently unable to drink unfiltered tap water, and tests have shown high lead levels in some children’s blood.

“The only way to permanently and completely fix the problem of lead in drinking water is to conduct the full replacement of the lead-containing pipes and solder in a water system,” said Sarah Tallman, a lawyer with the Natural Resources Defense Council. The group filed the complaint on behalf of citizens along with the American Civil Liberties Union of Michigan, the Concerned Pastors for Social Action and Melissa Mays, a Flint resident.

Snyder’s administration has estimated it could cost up to $55 million to repair what officials have estimated are 15,000 damaged lead service lines leading from water mains to homes and other buildings. The complaint says the pipes should be replaced at no cost to customers.

The governor, speaking at a news conference in Flint, said “a lot of work is being done to even understand where the lead services lines fully are. … The short-term issue is about recoating the pipes and that will be based on third-party experts saying the water is safe.”

He announced that the state will have an increased administrative presence in Flint and called it the beginning of a long-term effort. And Flint Mayor Karen Weaver said she hired a Virginia Tech professor whose extensive testing helped bring the city’s lead problems to light.

Marc Edwards will oversee all water testing done by the state and federal governments. She added that he will be “fully independent,” report to her and get paid through private donations.

She also touched on the issue of residents’ water bills. A House-passed spending bill pending in the state Senate includes $3 million to help the city with unpaid water bills.

“Flint residents should not have to pay for water they did not and are not using,” Weaver said. “Once we have more accurate numbers from the Flint water department, we will revisit what is right for our citizens.”

It remains unclear when residents will be able to resume drinking unfiltered water.

State Department of Environmental Quality Interim Director Keith Creagh said water samples show “things are trending better,” but he stressed they are not statistically valid because he cannot guarantee homeowner-provided samples are from homes at more risk — those with lead pipes or with no filters.

“Now we need to figure out … is there a protective barrier” being recoated on the inside of the lead lines by anti-corrosion chemicals, Creagh said. “Yes or no? … We’re not going to guess.”

He said officials are working to identify neighborhoods with no lead pipes, so those residents can get the all clear on their water.

It remains unclear how badly the pipes were damaged after the decision in 2014 to use the Flint River as the city’s drinking water source without adding a chemical to control corrosion. That caused lead to leech into the water for a year and a half and contributed to the spike in child lead exposure before state and officials fully acknowledged the problem in early October.

Flint has reconnected to Detroit’s water system while awaiting the completion of a new pipeline from Lake Huron.

The suit expresses doubt about whether the city can maintain optimal corrosion treatment when it switches to the new water source later this year.

Much of the blame for the emergency has been put on the state Department of Environmental Quality because staff told Flint water officials not to treat it for corrosion until after two six-month monitoring periods. But the suit also focuses on problems with the city’s monitoring of lead. It alleges the city is not providing comprehensive, reliable information to identify locations with lead lines and is under-testing homes with a higher risk of lead exposure.

At least three other suits have been filed since the crisis was exposed in the fall. Two seek class-action status and financial compensation; another asks a judge to declare that users do not have to pay their water bills.