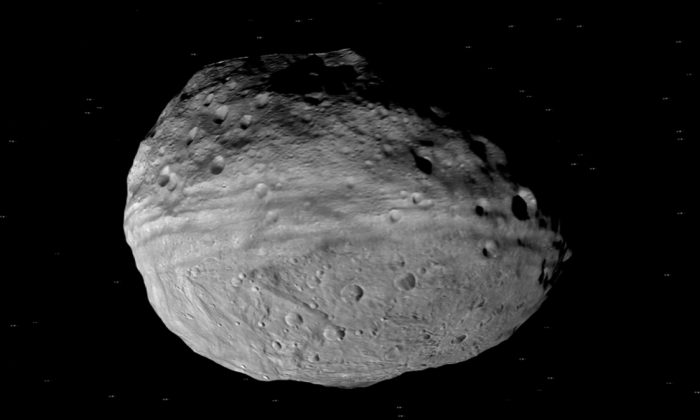 The Asteroid Vesta, one of the largest asteroids in the asteroid belt. (NASA)
Science

The passage of the Space Act into law is a milestone for the space-age gold rush, where a number of companies are racing toward the trillions of dollars worth of platinum, gold, and other rare-earth minerals buried in asteroids.

The law has been praised by space mining companies, a burgeoning industry that has made significant headway in just the past few years and is expected to make mining missions to asteroids in the coming decades.

“This is the single greatest recognition of property rights in history,” Eric Anderson, co-founder of the space mining company Planetary Resources Inc, said in a statement. “This legislation establishes the same supportive framework that created the great economies of history, and will encourage the sustained development of space.”

Planetary Resources was founded in 2009 and earlier this year launched its first spacecraft from the International Space Station, testing the core technology of its future prospecting vehicles. Its rival Deep Space Industries is even younger, having been founded in 2013.

Aside from looking for valuable minerals, space mining companies will also look to extract common resources like water, which is cheaper to obtain in outer space than transporting it from Earth.