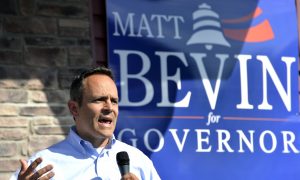 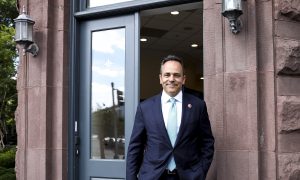 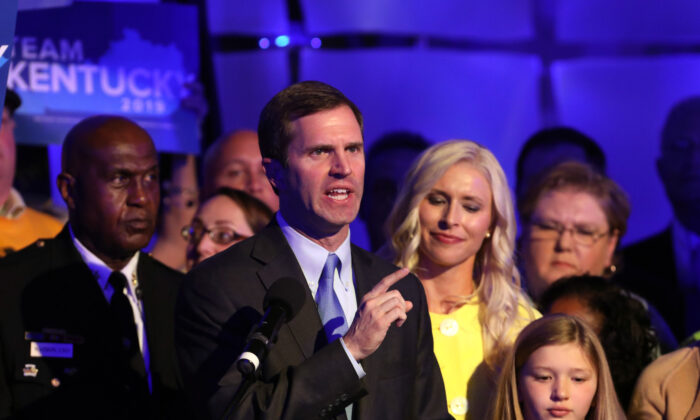 More than 140,000 convicted felons have had their right to vote restored in the state of Kentucky, after the state’s newly elected Democrat Governor Andy Beshear on Dec. 12 signed an executive order.

On his third day in office as elected governor, Beshear made the move to give those with “non-violent” felony convictions the right to vote in state and federal elections once they complete their criminal sentences.

Gov. Beshear Restores Voting Rights to More Than 140,000 Kentuckians: Many who have paid their debt to society once again eligible to vote – https://t.co/h5gJhN2HwX pic.twitter.com/C361TfE6IR

It marks a major change in law in the state, which has, since 1891, prohibited convicted felons from voting unless a governor restored their voting rights. In 2016, an estimated 10 percent of the state’s voting age population—or more than 312,000 people—were not granted rights to vote due to the policy, according to figures from the Sentencing Project (pdf).

During a signing ceremony, Beshear said he was led to sign the executive order because of his Christian faith which “teaches forgiveness,” according to a news release.

“My faith teaches me to treat others with dignity and respect … that is why I am restoring voting rights to over 140,000 Kentuckians who have done wrong in the past, but are doing right now,” he said.

“I want to lift up all of our families and I believe we have a moral responsibility to protect and expand the right to vote.”

Beshear on Thursday hit out at Kentucky’s high rate of disenfranchisement for convicted felons—which stands at the third highest nationwide.

“I believe it is an injustice that their ability to fully rejoin society by casting a vote on election day is automatically denied regardless of the circumstances of their offense,” he said.

“When people vote, they’re showing they’re invested in our democracy, in our society, and in their communities.”

Crimes excluded from the restoration executive order include treason; bribery in an election; and violent offenses, including all rapes and sexual abuses, homicide, fetal homicide, first and second-degree assault and assault under extreme emotional disturbance, the news release stated.