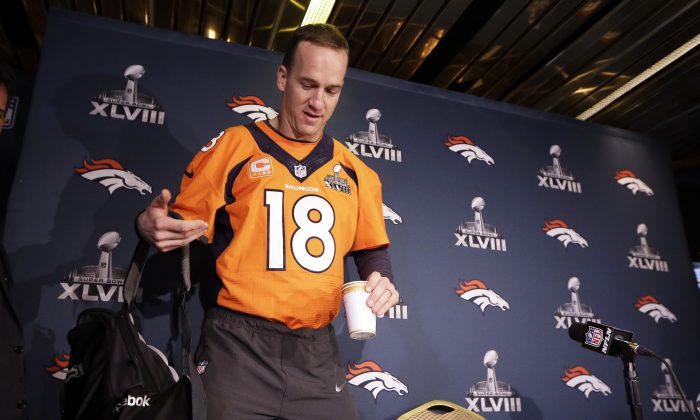 Peyton Manning could make practically no extra money from playing in the Super Bowl because of New Jersey taxes.

If Manning and the Denver Broncos lose the Super Bowl, he gets a $46,000 bonus.

But if he plays next season, the New Jersey income tax will take $46,844 of that money–meaning he will actually owe money for playing in the game, according to Forbes.

The only way he won’t have to pay that much is if her retires after this season.