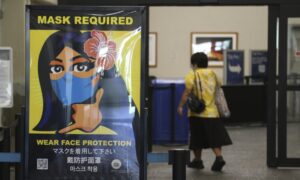 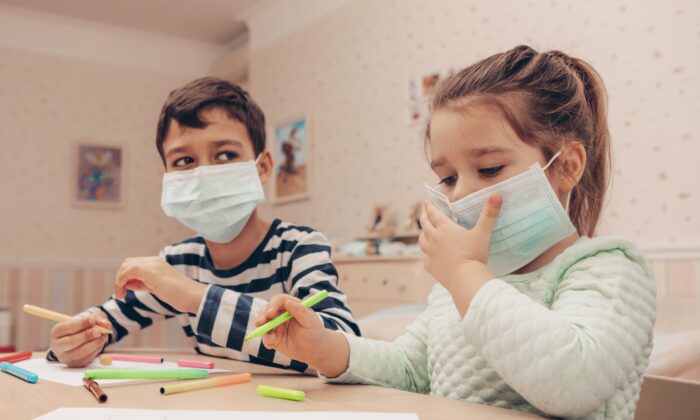 A school nurse in New Jersey said she has been suspended after refusing to wear her mask at work and suggesting that requiring children to wear masks all the time is doing more harm than good.

Erin Pein, who has been working at Stafford Township School District for the past three years, said in a YouTube video that the mask mandate is taking a toll on children’s mental and physical health during the pandemic.

“We see the kids who are having anxiety and having depression in kindergarten, in first, second grade,” Pein said, explaining that kids at that age don’t normally experience those problems. She said there was a girl in first grade who came to her and said she felt “something really bad was going to happen,” and that the “mask made her feel scared.”

“When she thinks about it, her stomach starts to hurt and she throws up,” Pein said. “She was sent to me because she threw up in class, and she told me, ‘I’m not sick,’ she said, ‘I’m just really nervous.’ To hear that from a first-grader is just heartbreaking.”

Pein argued that not only are masks not effective in preventing the virus, but also they become breeding grounds for harmful bacteria when not used properly. She said she has “not seen a single child” in Stafford wearing them correctly, yet the district makes children wear potentially infested masks over their mouths and noses for six to seven hours each day.

“I didn’t think that voicing my concerns was going to make a difference, so I decided that I was going to do my own form of protest. … I let them know that I was no longer going to be wearing a mask at work,” Pein said, adding that she was suspended and “escorted out of the building” on the day she went to work without a mask.

In New Jersey, the state Department of Education requires students to wear masks at all times at school, with exceptions for those with certain medical conditions or when they are eating or drinking. Parents are given the option to continue remote learning if they do not want their children to wear masks.

The mask mandate in New Jersey has become an issue in the upcoming Republican gubernatorial primary for contender Hirsh Singh, who promised to support Pein’s cause.

“When Erin Pein tried to voice her concerns about making kids wear masks, she was suspended and escorted out of her school, all for trying to take a stand for the health of our children,” Singh wrote in an op-ed in the Daily Caller. “We should listen to the first-hand experience of everyday heroes like Erin and base our policies on real-world realities.”