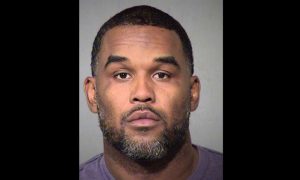 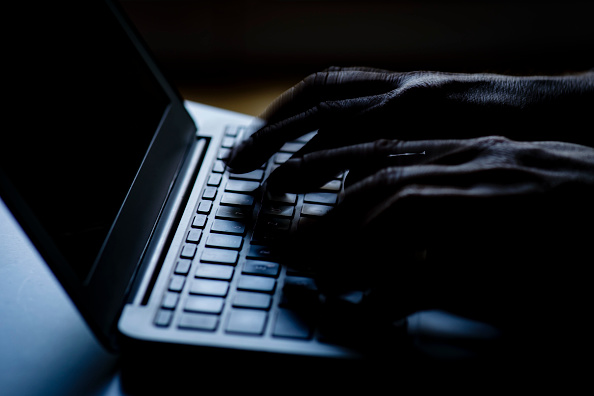 Hands type on a computer keyboard in this file image on Feb. 6, 2018. (Thomas Trutschel/Photothek via Getty Images)
Crime and Incidents

Dazzled by a tale of gold bars in war-torn Syria and the hope of love, dozens of U.S. women were duped by a $2.1 million online dating scam that, according to federal prosecutors, left some penniless and pushed one to suicide.

Prosecutors on Sept. 5 charged Rubbin Sarpong, 35, with conspiracy to commit wire fraud, saying that he posed on dating websites as a U.S. soldier overseas, all the while taking selfies of himself in New Jersey with luxury gold watches, designer clothes, and wads of cash.

Sarpong, a U.S. permanent resident from Ghana, was one of several unnamed conspirators in the scam, which according to a probable cause affidavit, netted him in excess of $800,000 dollars.

The U.S. Attorney’s Office, District of New Jersey, said in a statement, “Between January 2016 and Sept. 3, 2019, Sarpong and his conspirators, several of whom reside in Ghana, allegedly participated in an online romance scheme, defrauding victims in New Jersey and elsewhere.”

They contacted people through popular dating websites, including Match.com and Plenty of Fish, and pretending to strike up romantic relationships.

“Most often Sarpong and the conspirators claimed to be military personnel stationed in Syria who received, recovered, or were awarded gold bars,” said the statement. “The conspirators told many victims that their money would be returned once the gold bars were received in the United States.”

Instead, the money was split among the gang and siphoned off to accounts in Ghana.

According to court documents (pdf), one woman wired over $93,000 to Sarpong and his co-conspirators over a three week period, thinking she was paying for fees and taxes associated with shipping $12 million of gold.

She thought she was in a relationship with a soldier whose unit had recovered millions of dollars in gold bars and distributed them to the soldiers.

The woman had been assured that she would be met by a diplomat named Alwin Lyss at a Baltimore Airport on June 13, 2018, when she would be compensated, and been given various fake documents as proof of authenticity.

The day after telling her daughter she was traveling to the airport to meet the fictitious Lyss, the unnamed woman was found dead, having taken her own life.

Social media posts highlighted by investigators show Sarpong posing with wads of cash, luxury cars, and designer clothing as he brags about his wealth.

In one image, presented as evidence by the DA, he poses with a stack of cash to his ear, captioning the image, “Making a phone call to let my bank know I am coming.”