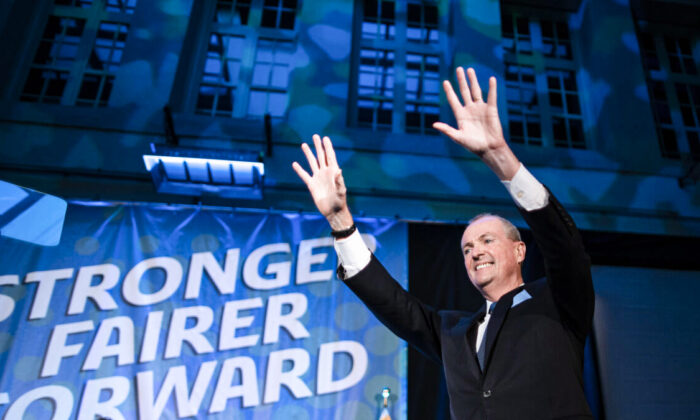 With more than 2.3 million votes cast, the voter turnout was about 34 percent of New Jerseyans who can vote.

New Jersey Secretary of State Tahesha Way said on Monday at a press conference that more than 200,000 New Jerseyans cast their ballots during early in person voting and nearly 500,000 voted by mail, according to the New Jersey Herald. These votes represent more than 10 percent of the state’s registered voters.

Ballots remaining to be counted included a significant number of votes from predominantly Democratic Essex County, along with mail-in votes spread across other counties. Murphy won the mail-in vote by a wide margin even in Republican-leaning counties like Monmouth.

The Ciattarelli campaign spokeswoman Stami Williams disputed the call because of the close margin, calling it “irresponsible.”

With the candidates separated by a fraction of a percent out of 2.4 million ballots cast, it’s irresponsible of the media to make this call when the New Jersey Secretary of State doesn’t even know how many ballots are left to be counted. https://t.co/DnwIRASspC

“Last night was a historic one for New Jersey Republicans, who picked up at least a half dozen Assembly seats, several Senate seats, along with county and local seats up and down the state,” Williams said in a statement.

“Jack is proud to lead our ticket and our party’s resurgence. Right now, our team is focused on making sure all the legal votes are counted and our citizens can have confidence in the system,” the spokeswoman added.

Murphy was scheduled to speak later on Wednesday.

No Democrat has won reelection as governor in New Jersey since Brendan Byrne in 1977.

The reason why tallying votes took longer than expected was that New Jersey rolled out new technology, including new voting machines this year. For example, in Paterson, election officials could not count ballots because they accidentally locked the machines, according to New Jersey Herald.

In Newark and some other New Jersey cities, poll workers in 56 districts did not count votes due to “poll worker error,” reported the New Jersey Herald. A judge order is needed to reinstate their access to the machines.

Murphy has held leadership roles at Goldman Sachs’s offices in Germany and Hong Kong for more than 20 years, and served as an ambassador to Germany during the Obama administration. He was also a finance chair for the Democratic National Committee.

He campaigned on a range of policies  implemented during his tenure as a governor, such as tax fairness for middle-class families, minimum wage at $15 an hour, more affordable public education, more child care, Democrat-backed green policies, and legalizing marijuana. His campaign’s slogan has been, “It’s about how we move forward.”

However, the effects of his policies had drawn criticism from his challenger and Republican lawmakers. Murphy was also criticized for his decisions to increase taxes, impose mask mandates on children, his policy to admit patients to nursing homes regardless of their COVID-19 status, and his delayed response to Hurricane Ida.

Former President Barack Obama also stumped for the incumbent at a campaign rally in Newark—the most populous city in the state—about a week and a half before the election.

“Make sure you vote for Democrats up and down the ballot, including state legislatures where a lot of important work gets done,” Obama told the audience at the rally. “Give Phil Murphy four more years.”

Sen. Bernie Sanders (I-Vt.), an openly socialist member of the Congressional Progressive Caucus, also stumped for Murphy a campaign rally at Rutgers University in New Brunswick, New Jersey. Sanders called Murphy “one of the most progressive” governors in the country and asked the audience to vote for Murphy and bring others to vote for him as well.

He campaigned under the banner “Let’s Fix New Jersey.” He told New Jerseyans that, as a governor, he would address the state’s most pressing issues, such as the highest property taxes in the nation, state government overspending, insufficient support for local and state police, and reforming public school curriculum.