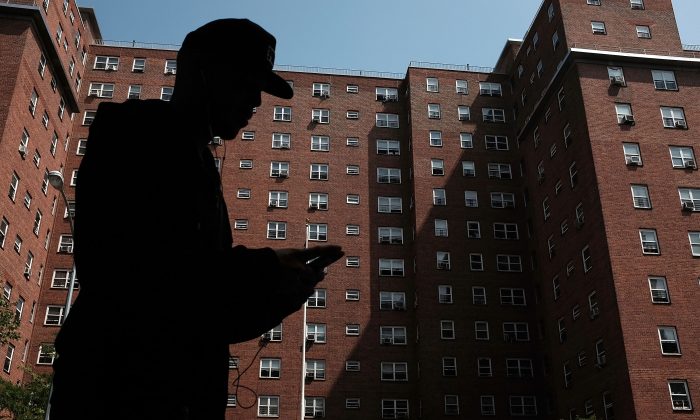 A New Jersey grandmother was threatened with an eviction for allowing her grandson to visit her, according to reports.

Rose DiMaria, 87, said her 40-year-old grandson Gregory Ciccione visits her nearly every day to deliver her breakfast to her, helps with chores around the house, and also gets her mail, the New York Daily News reported.

The Lodi Public Housing Authority of New Jersey sent a letter to DiMaria, 87, who was also recently treated for breast cancer, that she’s violating her lease agreement by allowing an “unauthorized visitor” to visit too frequently, NBC4 reported. It’s referring to her grandson, she said.

“It’s nice to have company – I don’t understand what is wrong with that,” she told the media outlet.

“It’s absolutely targeted at me,” Ciccione was quoted as saying. “There’re outside family members who I no longer interact with. … In their attack on me, it’s affecting my grandmother.”

“Taking care of an elder should not be something that I am forced to stop doing or be bullied into not doing because of past history,” he said, NBC reported.

The Lodi Public Housing Authority told the NBC affiliate that its priority is the health, safety, and well-being of tenants at the building.

A housing authority attorney told the outlet that Dimaria would have to face a hearing before any action is taken on her eviction.

“I feel bullied,” DiMaria told NJ.com in November. “I want them to leave me alone.”

DiMaria’s attorney, Anthony Fiorello, told the website that there’s clause in the lease that one person can visit no more than 14 times per year.

NJ.com in November also reported that a second relative, James DiGiulio, was banned from the property.

“You won’t find anyone with a more sterling character than him, but now he’s a trespasser,” said Fiorello of DiGiulio. “I’m sure, when I go for the hearing, I’ll also be considered a trespasser.” Fiorello added that DiGiulio is a retired federal agent with the Internal Revenue Service and DiMaria’s power of attorney.

“It’s just a shame,” Fiorello said. “The family treats her the way you would want to be treated as a senior citizen. I’m not sure what the philosophy is here.”