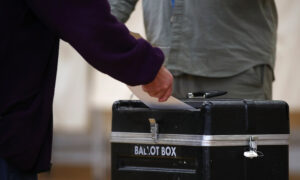 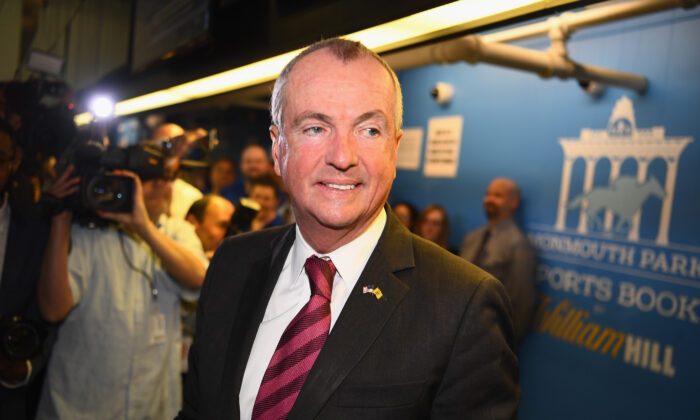 “Today, I don’t say this lightly, New Jersey reminds the nation that our democracy is made stronger when we make it easier for the people’s voices to be heard, that our democracy wins when we open the doors of our polling places wide, instead of slamming them shut,” the first-term Democrat said on March 30 during a signing event.

“The law that I’m signing in a few minutes today allowing in-person machine voting at our regular polling places will enhance our residents’ right to vote.”

The bill includes an in-person, early-voting procedure that allows people to cast ballots starting 10 days before a general election. That period then ends the Sunday following an election in specially designated polling places, according to the text of the legislation.

During the signing event, Murphy also criticized Georgia Gov. Brian Kemp for signing a measure that would add more identification requirements for people to vote via absentee ballots. And as he signed the bill, he also advocated for same-day voter registration and said that 17-year-olds should be allowed to vote “in our primaries if they turn 18 by the general election.”

Opponents of early voting have argued that the procedure can lower overall voter turnout, lead to poorly informed voting, and increase the costs for campaigns.

The conservative Heritage Foundation cited a 2008 American University report that “of the 12 states that saw turnout declines in 2008 over the 2004 election, ’10 had some form of convenience voting.’ Of the 13 states with the largest increase in turnout, ‘seven had none of the forms of convenience voting.'”

In addition, law professors Eugene Kontorovich and John McGinnis wrote in 2014 that “early voting threatens the basic nature of citizen choice in democratic, republican government” and that “in elections, candidates make competing appeals to the people and provide them with the information necessary to be able to make a choice.”

They had made the claim that by paring the amount of time between when a campaign starts and when early voting begins, voters have less time to consider the issues.

“Citizens also engage with one another, debating and deliberating about the best options for the country. Especially in an age of so many nonpolitical distractions, it is important to preserve the space of a general election campaign—from the early kickoff rallies to the last debates in October—to allow voters to think through, together, the serious issues that face the nation,” they wrote.