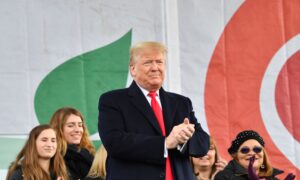 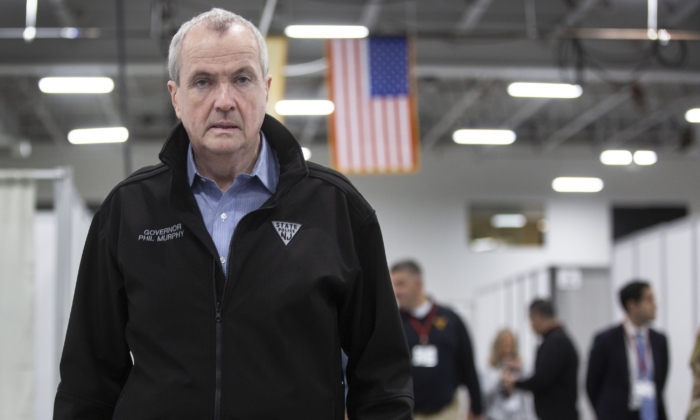 New Jersey state lawmakers have introduced legislation that would guarantee access to abortion, effectively codifying the 1973 U.S. Supreme Court decision in Roe v. Wade that made the procedure legal in all 50 states.

The bill, known as the Reproductive Freedom Act, seeks to mandate private insurance coverage for birth control and abortion with no out-of-pocket costs. A statement from the office of New Jersey Gov. Phil Murphy, a Democrat, characterized the move as one that would “ensure that a person’s income or insurance status do not dictate their ability to access time-sensitive health care.”

The proposal comes amid a fierce battle in the U.S. Senate about whether Judge Amy Coney Barrett should be confirmed to fill the vacancy on the Supreme Court. Abortion rights activists are worried that Barrett’s religious views would guide her in her legal analysis such as in abortion-related cases, which includes the possibility that the 1973 precedent could be overturned.

In 2017, several senators questioned Barrett about her religious and personal views on Roe v. Wade. This led to an exchange between Sen. Dianne Feinstein (D-Calif.), who told the then-professor, “The dogma lives loudly within you.” Feinstein’s line of questioning aimed at discovering whether Barrett was able to separate her religious views from her legal opinions.

In response, Barrett calmly said, “I would faithfully apply all Supreme Court precedent.”

Murphy suggested in a statement on Oct. 2 that the state is taking proactive steps in the event that the Supreme Court decides to overturn the 1973 decision.

“We won’t sit idly by as New Jerseyans wonder aloud whether the Supreme Court will overturn Roe v. Wade,” Murphy said in a Twitter statement. “Later today, I will announce my support for legislation codifying everyone’s full reproductive rights into law.”

New Jersey Right to Life quickly announced its opposition to the proposal.

“Although the proposed legislation is sure to appease the abortion industry and a small minority of Governor Murphy’s pro-abortion supporters to shore up his base for his re-election, this type of extreme measure is not supported by the majority of people in our state or across our nation who support life protective laws and limits on abortion,” Marie Tasy, the group’s executive director, said in a statement.

“That is surely why the majority party and Governor will not seek voter approval on this type of measure, but instead seek to act in an autocratic manner to oppress the will of the people.”

Barrett is expected to face some tough questioning about her views on Roe v. Wade and the Supreme Court’s role in overturning precedents. Although she was asked about it during her 2017 confirmation hearing to the 7th Circuit Court, she didn’t address whether Roe v. Wade would be reviewable by the Supreme Court.

While on the appeals court, Barrett had dealt with abortion restriction cases but not with those that questioned the right to abortion. In some of those cases, Barrett cast votes that signaled opposition to rulings that struck down abortion-related restrictions.

In one of those cases in 2018, Barrett voted to rehear a case en banc—to have the three-judge panel decision reviewed by the full court—involving an Indiana law that required fetal remains to be buried or cremated after an abortion. The trial and appeals court judges found that the law violated the Constitution. Ultimately, Barrett was outnumbered, and the 7th Circuit ruled to deny the rehearing and reinstated an original opinion that blocked the law from being enforced.

At the time, she joined in a dissenting opinion authored by Judge Frank Easterbrook. The dissent addressed another portion of the law that had been struck down but was not at issue in the rehearing proceedings, which Easterbrook described as the “the eugenics statute.” That portion of the law bans abortions for sex, race, and disability reasons.

Easterbrook argued that the Supreme Court had never ruled on such a law and would be the only authority to rule on the issue.

“Using abortion to promote eugenic goals is morally and prudentially debatable on grounds different from those that underlay the statutes [Planned Parenthood v.] Casey considered,” the dissent reads (pdf). “None of the court’s abortion decisions holds that states are powerless to prevent abortions designed to choose the sex, race, and other attributes of children.”

The Supreme Court later reinstated the Indiana law on the disposal of fetal remains.