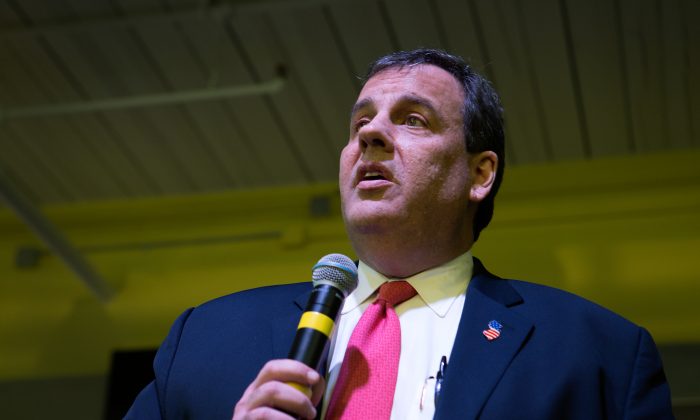 NASHUA, N.H.—New Jersey Gov. Chris Christie dropped out of the Republican nomination for president on Wednesday, a day after his disappointing sixth-place finish in New Hampshire’s primary.

Campaign spokeswoman Samantha Smith said Christie shared his decision with staff at his campaign headquarters in Morristown, New Jersey, late Wednesday afternoon, and was calling donors and other supporters.

Christie on Tuesday night told supporters he was heading home to New Jersey to “take a deep breath,” await the final tally of results from New Hampshire and decide what to do next. He said he was leaving New Hampshire “without an ounce of regret,” but spoke of his campaign in the past tense at one point and cancelled a Wednesday event in next-to-vote South Carolina.

Christie dropped out of the race the same day that Carly Fiorina announced on social media that she, too, was calling it quits. The former chief executive of Hewlett-Packard won just 4 percent of the vote in New Hampshire. Christie had 7 percent.

Christie had been banking on a strong finish in New Hampshire and spent more than 70 days campaigning in the state, holding well-received town halls and meet-and-greets.

But Tuesday’s result appeared to be the final blow for a candidate whose campaign saw glimmers of hope at times, but had trouble from the get-go raising money and building support in a crowded Republican field dominated by another brash East Coaster, businessman Donald Trump.

When he returns home to finish his second term as governor, Christie will face a slew of unsolved problems and rock-bottom approval ratings from residents who, polls show, feel he neglected New Jersey to pursue his national ambitions.

Christie may have missed a better chance at the White House four year ago, when some of his party’s most powerful statesmen and donors begged him to run in 2012. But Christie declined, saying that he didn’t feel like he was ready.