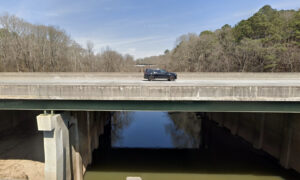 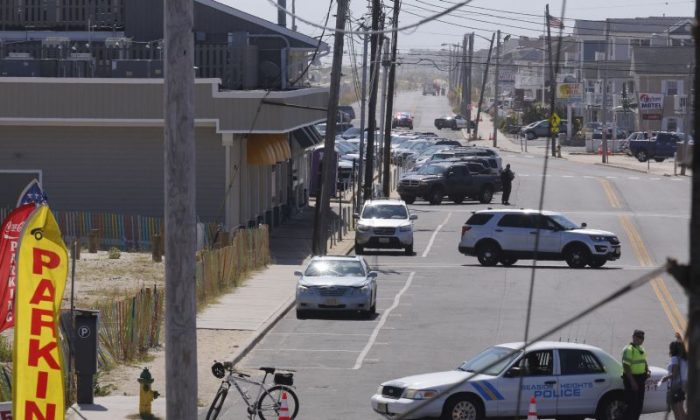 A charity race for military soldiers was canceled and roads in Seaside Park, N.J. were closed after an explosive device detonated in a garbage pail before the start of the event on Saturday, Sept. 17, 2016. (Robert Sciarrino/NJ Advance Media for NJ.com via AP)
US

Authorities said that a blast that went off inside a garbage can inside a New Jersey beach city was likely intended to stop a Marine Corps charity run from taking place.

Officials described the device that exploded, saying that three pipe-bomb-type explosives were wired together and were found near a boardwalk in Seaside Park on Saturday, CNN reported.

No injuries were reported in the explosion. Officials were forced to evacuate four blocks around the blast, while canceling the charity run.

The devices were crudely made and had a timer. Only one detonated, two law enforcement sources told CNN.

Since it was detonated as a race was taking place, the incident immediately drew comparisons to the Boston Marathon bombing in 2013 that killed three and wounded more than 260. About 5,000 people were slated to run in the race in Seaside Park, a town known for its boardwalk and located about 80 miles from New York City.

Registration problems at the starting line had delayed the race, law enforcement officials told the network, resulting in nobody being near the timed explosion.

“If it was just a matter of minutes, in terms of difference, there would have been a good number of people running past that explosive device” due to its close proximity to the race, Al Della Fave, spokesman for the Ocean County prosecutor’s office, told the network.

“We were lucky,” another unnamed law enforcement official said.

Runner Adam Carswell of Toms River, New Jersey, told NBC New York that he saw smoke emitting from a garbage can after the blast.

“It was a big puff of smoke, fairly large,” he said. “It makes me very angry that this could happen in a sleepy little town like Seaside Park after Labor Day,” he said.

The FBI’s Joint Terrorism Task Force is carrying out an an investigation, while other federal, state, and local officials will aid in the probe.

“We’re out there conducting interviews, we’re out there securing evidence and we’re making sure there is no stone left unturned,” said Brad Cohen, who is the special agent in charge of the Newark, New Jersey, office, according to CNN.