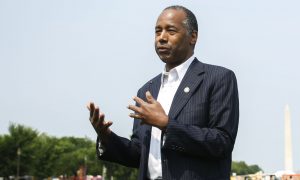 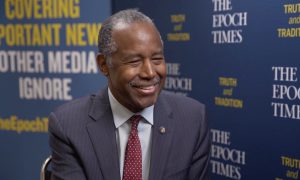 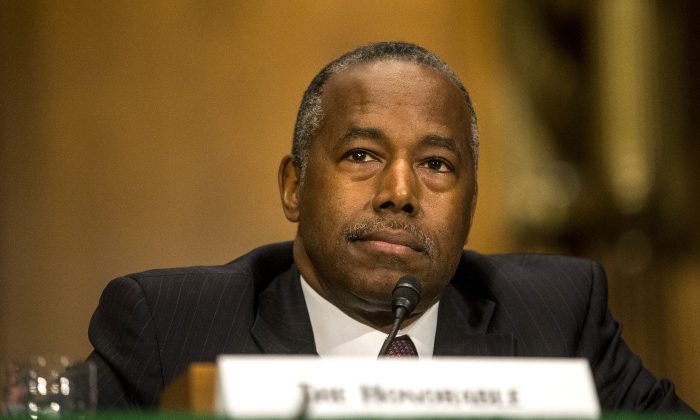 New Jersey’s Attorney General on Tuesday has filed requests with the Trump administration to disclose information that backs up claims made by the president about affordable housing.

Gurbir S. Grewal, the state’s top legal officer, made a pair of Freedom of Information Act (FOIA) requests with the Department of Justice (DOJ) and the Department of Housing and Urban Development (HUD), demanding them to turn over any information that supports President Donald Trump’s claim that affordable housing under the Obama-era’s Affirmatively Furthering Fair Housing (AFFH) regulation in communities leads to increased crime.

The president made the comments in a pair of Twitter posts in July: “I am happy to inform all of the people living their Suburban Lifestyle Dream that you will no longer be bothered or financially hurt by having low-income housing built in your neighborhood … Your housing prices will go up based on the market, and crime will go down. I have rescinded the Obama-Biden AFFH Rule. Enjoy!”

These comments echoed Trump’s previous claims that the rule forces low-income housing construction in suburban areas. “Your home will go down in value and crime rates will rapidly rise,” he said at a White House event earlier that month. “People have worked all their lives to get into a community, and now they’re going to watch it go to hell. Not going to happen, not while I’m here.”

His comments came during the same juncture when HUD announced that the administration was going to replace the AFFH regulation with the Preserving Community and Neighborhood Choice.

The new rule “defines fair housing broadly to mean housing that, among other attributes, is affordable, safe, decent, free of unlawful discrimination, and accessible under civil rights laws,” the HUD said. It adds that the new rule defines “affirmatively furthering fair housing” to mean any action rationally related to promoting any of the aforementioned attributes.

The Obama administration published the AFFH rule in July 2015 as an addition to the Fair Housing Act which was enacted in 1968. The AFFH rule imposed several legal obligations on local governments, including reviewing fair housing based on maps and tools provided by the HUD, and submitting five year plans known as consolidated plans or ConPlans that were required in order to receive certain federal funding.

The HUD in January 2018 suspended the obligation of local governments to file consolidated plans under the AFFH regulation, and in May 2018 withdrew a computer assessment tool required in preparing those plans.

HUD Secretary Ben Carson said at the time that they found the AFFH rule “to be unworkable and ultimately a waste of time for localities to comply with, too often resulting in funds being steered away from communities that need them most.”

On Twitter, he made further comments saying that the AFFH “was an overreach of unelected Washington bureaucrats into local communities,” and that the AFFH rule “was a ruse for social engineering under the guise of desegregation, essentially turning @HUDgov into a national zoning board.”

Carson also alleged that the funding subject to the AFFH rule has been “misused and abused for decades as slush funds for pet projects and causes ranging from an entertainment venue to a splash park and Planned Parenthood funding.”

The Trump administration has also established programs such as Opportunity Zones as part of its efforts to address the issue of discrimination in housing. He said programs like Opportunity Zones are investing funding into underserved communities where affordable housing exists but lacks opportunity.

“Programs like this shift the burden away from communities so they are not forced to comply with complicated regulations that require hundreds of pages of reporting and instead allow communities to focus more of their time working with Opportunity Zone partners to revitalize their communities so upward mobility, improved housing, and homeownership is within reach for more people. Washington has no business dictating what is best to meet your local community’s unique needs,” Carson said at the time.

Speaker of the House Nancy Pelosi said in a statement that the move was a “shameful abdication of our government’s responsibility to end discriminatory housing practices and to lift up our nation’s most vulnerable communities. The Administration must reverse this outrageous decision and uphold the law.”

Similarly, Grewal criticized the move, saying that Trump’s statements were “divisive” and “unfounded.”

“As a prosecutor and now as New Jersey’s chief law enforcement officer, I have not seen affordable housing drive increases in criminal activity. Those of us working in New Jersey and across the country to promote fair and affordable housing deserve better than to have their efforts undermined by groundless tweets,” he said.

The information Grewal is seeking in his requests includes “all research, studies, or data analyses” that provided the basis for the president’s social media statements over the impact of affordable housing on crime and communications between the departments and the president relating to the AFFH rule.

The Trump administration’s Preserving Community and Neighborhood Choice rule will go into effect on Sept. 8.