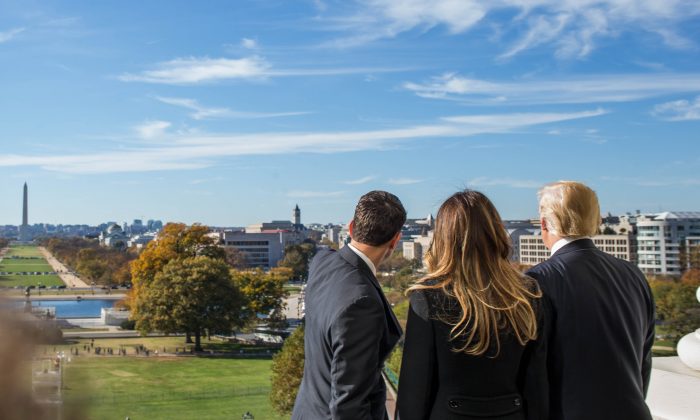 Donald Trump will live in the White House full-time after all.

In an interview on “Fox News Sunday,” Trump said he’ll live in the White House following Inauguration Day, on Jan. 20.

“I’m going to live in the White House with my family,” he said, as reported by People. “Barron’s going to finish up school because he’s got just a couple of months to go so it’s a little hard to take him out of school.”

There have been reports that Trump would divide his time between living at the White House and the Trump Tower.

The president-elect said on that show that his wife, Melania, will split time between Washington, D.C., and New York City.

His 10-year-old son, Barron, will live in Trump Tower in Manhattan to finish up his school year before he moves to the White House, it has been reported previously.

During the Fox interview on Sunday, Trump was asked if he’ll feel isolated while working at the White House without his family.

“I’ll be working,” he responded. “It’s a very special place and it represents so much and there’s a lot to do—more than I even thought.”

“If you look at Ivanka, you take a look and she’s so strong—as you know, into the women’s issue and childcare and so many things—she would be so good. Nobody could do better than her,” Trump told Fox News.

Others reports said that Trump may not be able to work out of the White House’s Oval Office for a year, according to former George W. Bush adviser Karl Rove. “My understanding is that for the first year of his time in office, President Trump will not have the Oval Office,” he said last month. He’ll have to work out of the Eisenhower Executive Office Building across the street from the White House.

“My understanding is, [Trump] will spend most of his first year using Richard Nixon’s old office in the Old Executive Office Building across Executive Drive and up the Navy steps,” Rove added, according to the New York Post in a mid-November report.