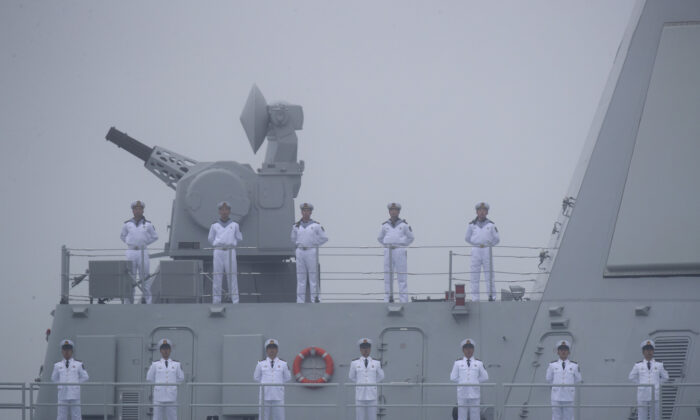 Sailors stand on the deck of the new type 055 guide missile destroyer Nanchang of the Chinese People's Liberation Army (PLA) Navy as it participates in a naval parade to commemorate the 70th anniversary of the founding of China's PLA Navy in the sea near Qingdao, Shandong Province, China, on April 23, 2019. (Mark Schiefelbein/AFP via Getty Images)
By Andrew Thornebrooke