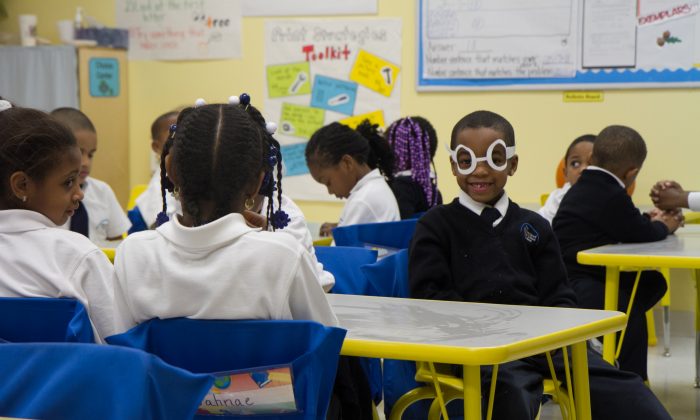 New immunization requirements for children to attend school went into effect this week, mandating children entering kindergarten and the sixth grade get two doses of chickenpox vaccine and three to five doses of the polio vaccine.

The New York State Department of Health made the changes according to recommendations by the Advisory Committee on Immunization Practices (ACIP), a group of health experts appointed by the U.S. Secretary of Health and Human Services to evaluate how vaccines should be used.

For other required vaccines on the health department’s list, children in day care, Head Start, or nursery programs, prekindergarten, and all grades from kindergarten to 12th grade would have to follow the ACIP’s dosage recommendations, the state Department of Health said in a statement. They recommended that parents check with their child’s physician and the school’s health office to determine whether their child’s records meets the new standards.

Sellers predicted that children who have been receiving regular care won’t be affected by the state Health Department’s announcement. Nor does he anticipate major costs for patients who need new vaccines.

“New York State requires insurers to pay for recommended vaccinations for the uninsured and underinsured,” he said. “I think we have the infrastructure in place to get children with needed vaccines.”

The updated immunizations will be phased in for children in other grades, so that all children from grades kindergarten to 12 will meet the new requirement in seven years, or by the 2020–2021 school year.

The new requirements are the first changes in more than a decade, according to the state Department of Health.

A Father’s View
Pai-chun Ma, father of two children who attend public school in New York City, one of whom will be entering the sixth grade, said that he was unaware of the new requirements. He had not received any information from his son’s middle school.

Ma expects to have his son’s immunization records updated when his son goes for his annual physical checkup in July.

“With this new rule, it’s to keep kids safe. It’s nothing good or bad,” said Ma.

Ma also raised concerns about parents who choose to opt out their children from vaccination.

“Now these people travel all over the world to places where polio still exists.”