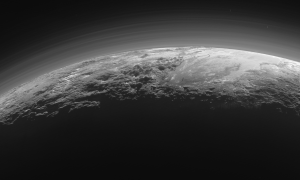 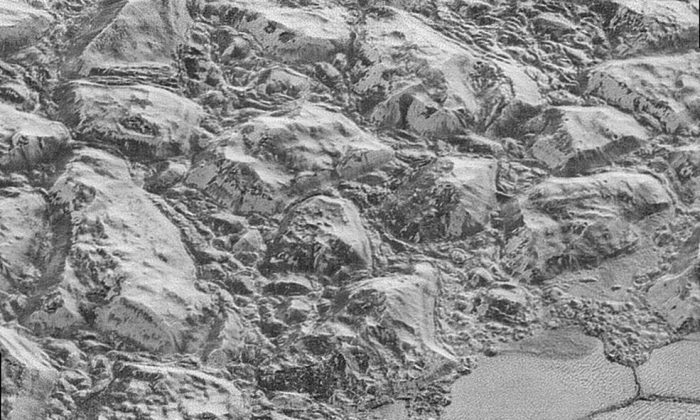 NASA’s New Horizons space probe has sent back the first set of high-resolution images of Pluto ever seen.

The probe flew through the Pluto system on July 14, and is transmitting data from that time each week to Earth.

The latest pictures reveal an unprecedented amount of detail for the planet, including a wide variety of mountainous and glacial terrains.

“These close-up images, showing the diversity of terrain on Pluto, demonstrate the power of our robotic planetary explorers to return intriguing data to scientists back here on planet Earth,” said John Grunsfeld, former astronaut and associate administrator for NASA’s Science Mission Directorate, in a statement.

“New Horizons thrilled us during the July flyby with the first close images of Pluto, and as the spacecraft transmits the treasure trove of images in its onboard memory back to us, we continue to be amazed by what we see.”

Similar quality pictures of Venus and Mars were not available until decades after their first flybys, noted Alan Stern of the Southwest Research Institute, who us the principal investigator on the project.

Pluto is 3 billion miles away from Earth. New Horizons at one point was within 7,800 miles of the planet, and is now heading back toward Earth.

It will take 16 months to send back all of the data collected, said Chris DeBoy of the Applied Physics Laboratory at Johns Hopkins University.

The data transmission is so slow because information has to travel so far.

“It was a great moment when we saw the signal come back and knew that the spacecraft had survived,” he says. “Now it’s our job to get the data that will be trickling back to us. There are lots of new discoveries to come.”