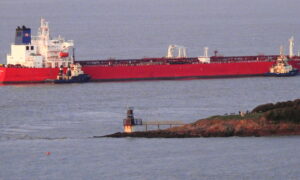 Police have told the parents of missing child Madeleine McCann that they are “hopeful” for a possible break in the case as they pursue two new leads.

Scotland Yard investigators working the case told Kate and Gerry McCann that they had “two specific and active” lines of inquiry, according to the Daily Mail.

The missing girl’s parents were said to be “greatly encouraged” that detectives from the Operation Orange squad—as the team investigating Madeleine’s disappearance is known—may be closer to unraveling the mystery after 11 years of hunting for the child’s kidnapper or kidnappers.

“Metropolitan Police officers had a sit-down meeting with Madeleine’s parents to tell them exactly where they were with their inquiries,” a Whitehall source told the Daily Mail.

“They informed them they had two specific and active leads that still needed to be chased and that although the investigation was taking longer than they initially thought, officers said they were confident and hopeful they could get a result,” the Whitehall source continued.

News of the two lines of inquiry comes on the heels of an announcement by British authorities last week that more funds would be made available to Operation Orange to continue the high-profile investigation.

“We have confirmed that Special Grant funding of 150,000 pounds ($194,000) will be provided to the Metropolitan Police Service for the six-month period,” a Home Office representative told Sky News.

After funding for the six-month period runs out on March 31, 2019, detectives will have to apply again for more funds.

The British Home Office, the agency responsible for Scotland Yard, has so far allocated 11.75 million pounds ($15 million) of taxpayers’ money for the inquiry, according to the Daily Mail.

A former investigator who worked to try to solve Madeleine’s disappearance is convinced that the girl is still alive, and that the case could see a breakthrough.

The British girl was 3 years old when she disappeared in May 2007 from the family’s apartment in Praia da Luz, Portugal, while they were on vacation.

He said he doesn’t think the girl was taken across the border.

“The chance that she may have been smuggled out of the country without being detected is highly unlikely,” Edgar said. “There is someone in Portugal with an open knowledge of where she is and what happened. It’s a baffling case, but I think it’s solvable.”

He said that someone who has a guilty conscience could eventually come forward.

Kate McCann said in the same interview that she believes it is unlikely her daughter was taken far from the place from where she disappeared.

“I’ve always said Praia da Luz is the place where I feel closest to her. That’s where she last was and I don’t think she’s been taken a million miles from there,” she said.