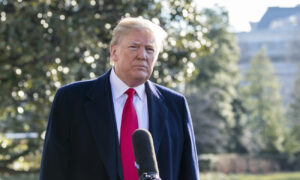 Trump: H.R. 1 Election Reform Bill Will Be a ‘Disaster’ for the US
0
Share Now
TelegramFacebookTweetEmailTellMeWeReddit
Copy Link 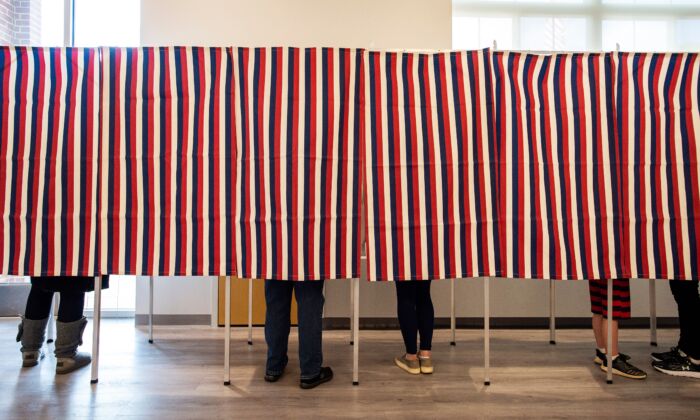 Voters fill in their ballots at polling booths in Concord, N.H., on Nov. 3, 2020. (Joseph Prezioso/AFP via Getty Images)
Election Integrity

The New Hampshire Senate on March 18 rejected a bill that would have made permanent the temporary no-excuse absentee voting put in place last year due to the CCP virus pandemic.

New Hampshire relaxed the rules around absentee voting last year, first through guidance from the state’s attorney general and secretary of state and subsequently through legislation. New Hampshire Gov. Chris Sununu, a Republican, signed off on the temporary measure after he had vetoed a similar bill that would have made no-excuse absentee voting permanent.

New Hampshire was one of many states which expanded no-excuse mail voting for the 2020 election. The changes contributed to a record turnout for the election but caused concerns about ballot integrity before and after Nov. 3, 2020.

The Republican-majority New Hampshire Senate voted 14-10 among partisan lines to kill the bill on Thursday, according to WMUR. Efforts to relax the current restrictions have also been rejected by a New Hampshire House committee.

The current law restricts absentee voting to people who are out of town on Election Day or cannot make it to their polling place due to religious observance, disability, or illness. Those who have work commitments for the entire time the polls are open on Election Day can also request an absentee ballot.

Senate Democratic Leader Donna Soucy, the lead sponsor of the bill, argued that the expanded absentee voting in 2020 worked well and the people will expect to be able to vote absentee again in the next election.

“We made some significant changes to election law to accommodate people during the pandemic because we know it may have forced some people into making an impossible choice,” said Soucy, according to WMUR. “No one should have to choose between their health and whether or not they should cast their ballot.”

“Now that we experienced the largest election in our state’s history, and have accommodated all of these voters, why would we now go back and tell them that this process doesn’t make sense anymore?” Soucy added. “People know, now that they’ve had the experience, they don’t want to go back.”

“The only ones who could be told, ‘No, you can’t have an absentee ballot,’ is someone who just doesn’t want to vote that day because it’s more convenient to vote absentee,” Gray said, according to WMUR.

“The law right now is adequate,” he added. “Give me an example that we don’t cover that isn’t a person who is just is too lazy to go the poll on Election Day.”