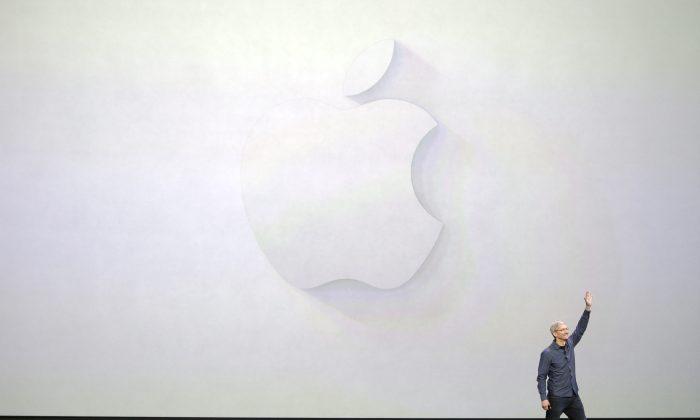 New Gadgets Are Fine, But What About Apple’s Added Value?

Picking time periods is always tricky when comparing economic performance. Apple’ stock for example has outperformed the S&P 500 by 24 percent since April this year. However, when looking at its previous peak in September of 2012, the shares are unchanged and the S&P rallied 40 percent.

With the benefit of hindsight, the recent upswing in Apple shares is easy to explain. A deal with China Mobile to sell the iPhone with the largest national carrier in the biggest mobile phone market added some genuine value. This benefit has come and gone and is now baked into the cake.

Apple also started massive share buybacks in 2012, boosting the share-price in the market and increasing the earnings per share ratio. Unless Apple surprises and boosts this program, this factor is also largely priced in.

So in order to placate the market, Apple had to launch a major gadget blitz Sept. 9, unveiling new iPhones, an Apple Watch and a foray into mobile payments. The problem: While Apple used to leapfrog its competition during these events in the past, setting the trend for the future, it is merely playing catch up now.

The iPhone 6 looks like the Samsung Galaxy S4 released in 2013. Of course it’s faster and has a higher resolution screen, but doesn’t add much in terms of battery life, which would have been revolutionary.

Motorola and Samsung came out with a smart watch last year with limited success. It is hard to see how Apple’s fate will be different as it is again late to the party.

Interestingly, this might illustrate a saturation point in the global smartphone market, as commodity phone manufacturers like China’s Xiaomi are taking over. Samsung’s stock has also been struggling, slightly underperforming Apple since Sept. of 2012, but without the benefit of hundreds of billions spent in share buybacks.

Apple’s foray into mobile payments was most appreciated by the market but the principle remains. Apple is not a leader, it is merely leveraging its platform to get a share of the pie mostly contested by credit card providers and banks.

Leaving aside security concerns Apple is not adding value to mobile payments with technology.

It didn’t invent Near Field Communication (NFC) technology, but is merely using it on its phone to communicate with the merchant. It also didn’t invent credit cards, which still have to be connected to its payments app and will charge the merchant a fee for using them.

Google did try to use this technology with Google Pay and hasn’t been successful. There is no reason Apple will be any different, unless they manage to incentivize people to use its app, like Starbucks does with its rewards system.

Since Apple isn’t adding technological value, the only way it can compete is on price. And the only way to compete in price in the world of payments is by using a bitcoin system, which costs a fraction of any comparable method. Apple also didn’t invent bitcoin, but could be rewarded for taking the risk of adopting it early.

All this doesn’t mean Apple has become a bad company. It just looks more and more like Microsoft in the late 1990s, reacting to trends instead of creating them and leveraging its large existing user base. Its shares should be priced accordingly.