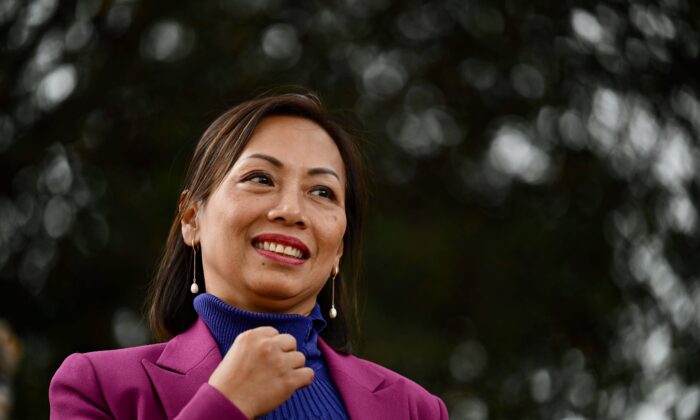 The independent candidate of the South-West Sydney seat of Fowler who defeated Labor candidate Kristina Keneally has declared herself as a “real independent,” not a “teal” one that is backed by powerful political fundraising Climate 200.

Despite campaigning in the stronghold Labor seat with a 14 percent margin, Le has risen up as a well-known local figure after attacking Labor’s strategy of parachuting Keneally from the affluent area of Northern beaches into the multicultural electorate.

Speaking to ABC’s News Breakfast on Monday, the newly elected MP said Labor’s “arrogant” decision to parachute Keneally has led to their loss.

A former ABC journalist and former Liberal member, Le said she could relate to the local community, which has a high population of immigrants and is home to the largest Vietnamese-speaking community in Australia.

Born in Vietnam, Le escaped the war-torn Saigon in 1975 and then spent three years in a Philippines refugee camp before coming to Australia at aged 11.

Le also noted that a lot of voters who were coming to vote for her have revealed that they “have never voted anybody else other than Labor.”

Her Fairfield council team with ex-Labor mayor Frank Carbone currently holds 10 out of 13 seats in the Fairfield City Council.

Speaking to The Epoch Times, Le said the people in Western Sydney suburbs, which was the COVID-19 epicentre in 2021, have been “demonised” during the pandemic and forced under harsh restrictions “just to make the privileged part of Sydney feel safe.”

Amid the wave of Climate 200-sponsored “teal” independents who snatched wealthy inner-city electorates, Le said her campaign had different priorities.

“I’m a real independent,” she said. “This is a grassroots community campaign and we care about the needs of our community.”

She also noted that her electorate had different needs “to the electorates that the teal independents are representing.”

But she noted that there would be some other issues that she would “have some conversation over.”

“Thank you to the people who voted Labor & the volunteers on our campaign,” she tweeted. “And congratulations to Albo & Labor—a better future for Australia lies ahead.”

The emergence of the Climate 200-backed teal independent movement has been blamed for eroding the Liberal party’s chance of being reelected, with up to six moderate Liberal MPs boosted by climate activist independents.

The highest-profile Liberals on the list losing seats to a teal independent is the former Australian Treasurer Josh Frydenberg, who on Monday conceded defeat to Monique Ryan. Frydenberg, who has been a member of Kooyong over the past 12 years, said he had “given my all to the job” every day.

”To the people of Australia, I say thank you. Thank you for giving me the privilege to be your treasurer.”

Some other successful teal independents include former ABC journalist Zoe Daniel who took Goldstein from Liberal frontbencher Tim Wilson, and Allegra Spender, who snatched the seat of Wentworth from Liberal MP Dave Sharma who also pushed for stronger climate actions.