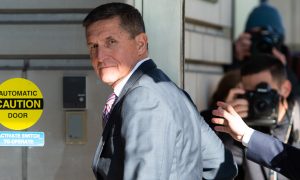 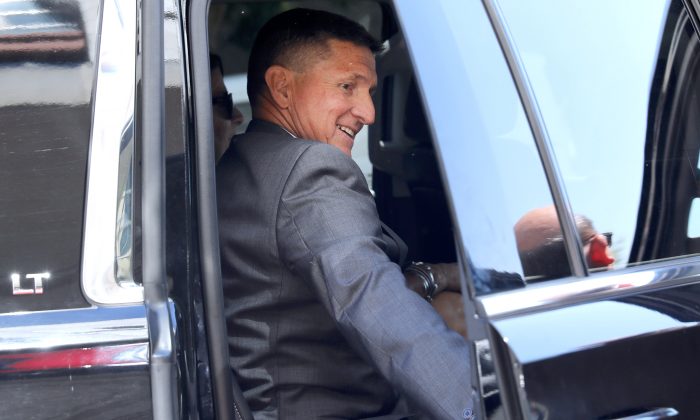 As previously noted, Mueller recommended no jail time for Flynn, noting his “substantial cooperation and other considerations.”

There were several items of note within the newly released documents.

Perhaps getting the most attention is footnote 23, contained on page 9 of the document:

FD-302 refers to a type of FBI form that is a written summation of an interview.

The footnote in question relates to the following sentence:

This sentence, combined with the footnote, have been construed to mean that an additional FD-302 was constructed for the FBI’s meeting with Flynn—nearly seven months after Flynn’s Jan. 24, 2017, interview.

This widely-held take does not appear to be correct.

“By the agents’ account, General Flynn was “relaxed and jocular” and offered to give the agents “a little tour” of the area around his West Wing office.24”

This sentence provides the first big hint, “By the agents’ account,” but is not definitive.

“The agents did not provide General Flynn with a warning of the penalties for making a false statement under 18 U.S.C. § 1001 before, during, or after the interview. Prior to the FBI’s interview of General Flynn, Mr. McCabe and other FBI officials “decided the agents would not warn Flynn that it was a crime to lie during an FBI interview because they wanted Flynn to be relaxed, and they were concerned that giving the warnings might adversely affect the rapport,” one of the agents reported.25”

Here we are provided perhaps our most telling clue: “one of the agents reported.” This seems to imply that who was interviewed in this 302 was not General Flynn, but rather the FBI agents who had prior conducted the Flynn interview. The identities of those agents are Strzok and Joe Pientka (first hinted at in a May 11, 2018 letter from Sen. Charles Grassley).

“Before the interview, FBI officials had also decided that, if “Flynn said he did not remember something they knew he said, they would use the exact words Flynn used, … to try to refresh his recollection. If Flynn still would not confirm what he said, … they would not confront him or talk him through it.”26”

As one continues reading the quotes from the FD-302 provided by Flynn’s team, one can see that they are quotes by FBI agents describing events before, during, and after the Flynn interview to an unknown FBI official.

“One of the agents reported that General Flynn was “unguarded” during the interview and “clearly saw the FBI agents as allies.”27”

Because this interview of Strzok and Pientka comes to us from a FD-302, the person doing the interviewing must be someone within the FBI. To my knowledge, this would not preclude others, such as Inspector General MIchael Horowitz or Mueller from also being present, although it’s entirely possible that FBI regulations preclude outside participation.

Either way, it appears that the current explanation that footnote 23 refers to Flynn’s interview summary compiled seven months after Flynn’s initial interview, is, in fact, incorrect. This is being acknowledged by certain internet detectives on Twitter, but is not the currently prevailing view.

Equally important is the fact that the two agents who interviewed Flynn were required to give their account of events in a formalized setting where, like Flynn, they could be charged with lying to the FBI.

Details of the Flynn Interview

Flynn was interviewed on Jan. 24, 2017, by FBI agents Peter Strzok and Joe Pientka regarding his December 2016 conversations with Russian Ambassador Sergei Kislyak. Flynn has pleaded guilty to one count of lying to the FBI in relation to this interview. Why Flynn would lie to the FBI agents about a perfectly legal call is not immediately clear.

As noted in a May 15, 2018, letter from Sen. Chuck Grassley, “Director Comey specifically told us during that briefing that the FBI agents who interviewed Lt. General Michael Flynn, ‘saw nothing that led them to believe [he was] lying.’ Our own Committee staff’s notes indicate that Mr. Comey said the ‘agents saw no change in his demeanor or tone that would say he was being untruthful.’”

Additionally, The Washington Post reported in January 2017 that the FBI had found no evidence of wrongdoing in Flynn’s actual call with the Russian ambassador. The call, and the matters discussed, broke no laws.

Nevertheless, Flynn ultimately pleaded guilty to one count of lying to the FBI regarding his conversations with Kislyak. It remains unknown who actually leaked Flynn’s highly classified call with the Russian ambassador to the media—a far more serious felony violation.

There have been a number of reasons provided as to why Flynn might have elected to plead guilty. He might have chosen to do so to avoid crushing legal fees. He may also have decided to take any legal hit and shield his son, who had, according to media reports, been threatened with legal pursuit.

But there may be an even easier explanation, provided by Flynn’s sister in a tweet sent yesterday. Perhaps Flynn actually did lie to the FBI, but did so for purposes of intelligence classification:

Did Anyone Ever consider that information He had was Top Secret! And could Not be shared with some random FBI idiots!!”

The sheer simplicity of her question may provide the perfect explanation. General Flynn may have been unable to answer the FBI’s questions regarding his call with the Russian Ambassador due to issues over classified information. It is possible that Strzok, who likely maintained high-level clearance, was cleared to legally be privy to the information, but this was a conversation between President Donald Trump’s national security advisor and the Russian ambassador. At the very least, it would be assumed this would fall under the “need to know” category and might well represent information Flynn was unwilling to disclose.

There is one other footnote of significance within the Flynn sentencing memorandum—footnote 20:

“20 Certain information summarized or quoted in this Memorandum derives from documents furnished to Defendant’s counsel pursuant to the Protective Order, United States v. Flynn, 17 CR 232 (D.D.C. Feb. 21, 2018) (Doc. 22). Undersigned counsel conferred with the Government, which represented that disclosing the selected information does not constitute a violation of the Protective Order.”

This refers to information the Mueller team was required to turn over to Flynn’s legal team. The order was issued by U.S. District Judge Emmet G. Sullivan, a noted stickler on matters related to Brady disclosure, whereby the prosecution must turn over all exculpatory evidence to the defendant in a criminal case.

Judge Sullivan took the case over from Judge Rudy Contreras, who was suddenly recused on Dec. 7, 2017, after accepting Flynn’s guilty plea on Dec. 1. It was later disclosed that Contreras knew agent Strzok and that the two may have been on friendly terms. Interestingly, Judge Contreras was also a FISA Judge.

Judge Sullivan does appear to be saying that some of the items disclosed in Flynn’s sentencing memorandum are new to him and he is demanding to see them now. It will prove most interesting to see what weight these new documents will bring to the case.