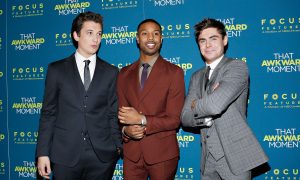 New Fantastic Four Trailer Out. Another Marvel Reboot or Just a Prequel?

The trailer for what is just being called “Fantastic Four” looks like a reboot and a prequel rolled together. It is being produced by the same studios that created the immensely successful “X-Men: days of future past.”

It won’t take much to be better than the 2005 Fantastic Four movie, which holds a IMDB.com rating of 5.7, or Rise of the Silver Surfer which did even worse at 5.6.