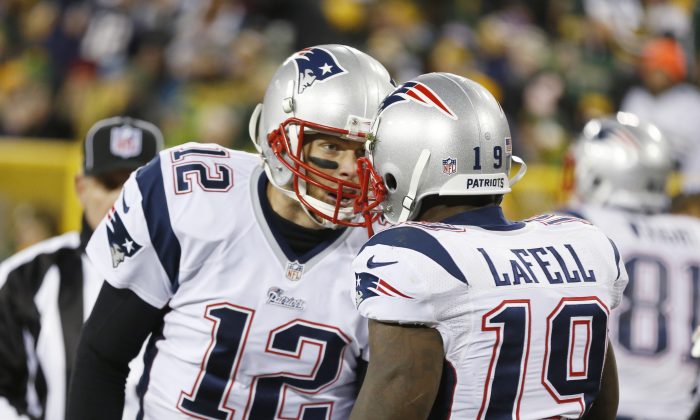 The New England Patriots defeated the Chargers Sunday, and they’ll face the Dolphins at Foxboro on Sunday. Here’s some of the latest updates:

Brady talks use of curse words

It’s become a common occurrence in a Patriots game: Something goes wrong and the camera cuts to Tom Brady shouting out curse words in frustration.

Last week, Brady was spotted on the sideline cussing the F-word several times as his team lost to the Packers in Lambeau.

Brady said that CBS and NBC shouldn’t cut over to him if people are mad about it.

“It’s such an emotional game,” he said, according to WEEI. “You’ve got to bring it every week. That’s what you’ve got to do. Especially when you’re making good plays like our guys were making last night, it makes it pretty easy to get excited about it. You’re always trying to level everybody’s level of awareness, raise their level of play so that you can go out there and be as excited as you possibly can. I’ve always played that way, and I probably will until the day I hang these cleats up.”

Brady was panned by the Boston Globe in an editorial. It said the team needs to display “more sportsmanship,” using Brady’s profanity-laced sideline outbursts as an example.

But he said, “There’s nothing that quite expresses the way I feel like that word. It is, it is [a great word], especially in the heat of the moment. … Blame CBS and NBC for putting it on TV. Don’t blame me. … We’re not choirboys, I know that. You bring us up to a certain level of intensity to the game, you’re job is to go out there and physically, emotionally, mentally dominate the game. You don’t do that at church on Sunday. You’ve got to go to the football field for that.”

Belichick again focused on next week

Coach Bill Belichick in his usual short press conferences said that he is “really proud of the way our team performed. Good week of preparation out here in California and they really played hard tonight. It’s a good win for us,” according to ESPN.

He added: “Our guys really responded to being down, kept fighting back, made plays in all three phases of the game, really defensively can’t say enough about that effort without [Dont’a] Hightower, just everybody stepping up — [Jonathan] Casillas and [Jamie] Collins.”

Belichick then turned his focus on the Dolphins next week. Miami beat the Patriots at home earlier in the season.

“Right now we have to get ready for Miami. That’s a big thing for us,” Belichick added. “They handled us down there in the opener and we will enjoy this one for a little while, but we need to turn the page. We have three big division games left at the end of our season now. But the only one that really matters is Miami and they got us down there last time. We are going to have to coach a lot better down than we coached in that opener if we are going to win.”

The Patriots flew to San Diego a week early to prepare for the Chargers.

CB Darrelle Revis said the week was unique. “This was my first time doing this, and I think it was team bonding,” he told ESPN.

“Guys were hanging out with each other, spending time, and that’s what you need. You need unity on the team, chemistry, especially coming off a loss in Green Bay. I think it was a good time for us,” he said.

“Being in San Diego for a week gave us a chance to bond a little bit. Basically, we just hung out and talked football, ate together a lot, and talked about what it would take to win the ballgame,” he said. “Everybody prepared well. We had three good practices. The focus was unbelievable.”