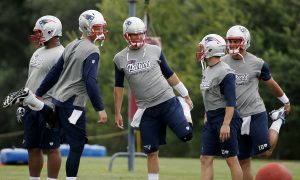 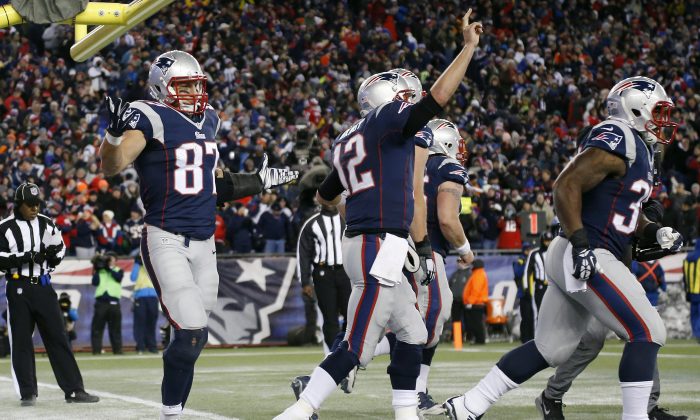 The Patriots will play the Indianapolis Colts on Sunday night, and here’s some of the latest buzz:

Patriots coach Bill Belichick noted that Tom Brady and Darrelle Revis play off of each other well during practice.

“I think the times when it is truly a competitive situation, I think it’s great,” Belichick said, via NESN.com. “We saw that last year, last year and a half with (Aqib) Talib. The same kind of thing. They’re out there, and you know as a quarterback that probably — not going to be a lot of big windows to throw on with Revis. You’re going to have to make a really good throw.

“As a receiver, you’re going to have to run a really good route. You’re probably going to have to catch the ball away from your body, or in a place that’s a little more difficult because you’re not going to be able to gain as much separation from him. I’m sure that the defensive backs, Revis, (Brandon) Browner, (Patrick) Chung, (Devin) McCourty, whoever they are, know that the quarterback’s pretty accurate. Being close isn’t really good enough. You gotta be right on top of the guy. You gotta really be able to defend the route 100 percent, not 90 percent — it’s just not good enough.”

He elaborated on covering him.

With Gonzalez, he said, “The game plan on him was don’t get near him because if you get near him he’s gonna box you out and catch the ball, just put you on his back.”

“I think (Gronkowski) may be a little bit taller than those guys and that might be the upside because he’s taller and his wingspan is so freaking long he can just go up and grab it over everybody.”

FALL RIVER, Mass. (AP) — Former New England Patriots tight end Aaron Hernandez’s fiancee says she wants prosecutors to turn over any text messages they allege he sent about the destruction of evidence in the murder case against him.

In new filings in Fall River Superior Court, Shayanna Jenkins’ attorney asks a judge to order Massachusetts prosecutors to turn over any messages that are “consistent with her being asked to remove items” from their North Attleborough home.

The filing by attorney Janice Bassil refers to another text message that prosecutors allege instructed Jenkins, in code, to damage a video surveillance system.

Bassil also wants any evidence alleging Jenkins threatened to report maids who cleaned their house to immigration authorities if they cooperated with police in the investigation of the killing of semi-professional football player Odin Lloyd, who was dating Jenkins’ sister.

The filings say the maids testified before a grand jury that they saw guns in various locations in the house.

Patriots apologize after thanking racist tweeter
FOXBOROUGH, Mass. (AP) — The New England Patriots are apologizing after sending out a tweet to thank a “fan” with a racist Twitter handle.

The Patriots were holding a promotion to celebrate becoming the first NFL team with 1 million Twitter followers.

The team asked fans to retweet a message about the achievement. For each fan who did so, an automated system generated a message that included an image of a jersey with that person’s Twitter handle on it.

When someone with a racist Twitter handle retweeted the message, the system generated an image of a Patriots jersey with the racist name on the back.

That tweet was quickly deleted, and the Patriots issued a statement that apologized. The team says a filtering system failed.