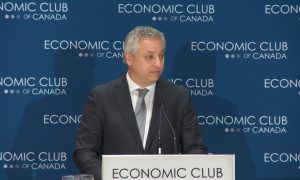 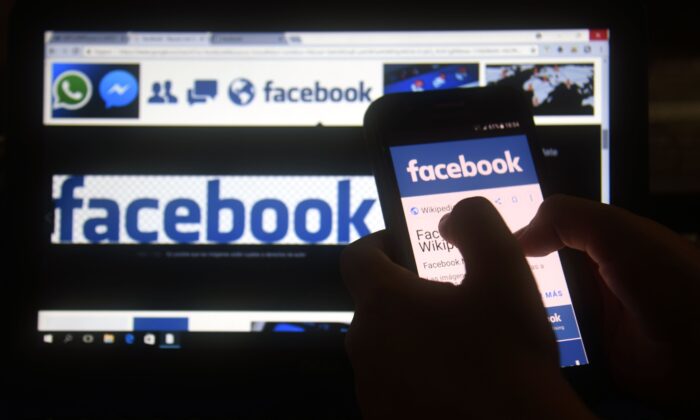 A new law that aims to deal with misleading statements on the internet could restrict free speech and make people fearful of expressing their political views, critics say.

Put into effect before the federal election, the law declares that anyone who shares or publishes a “false statement” about a “candidate, a prospective candidate, the leader of a political party, or a public figure associated with a political party” could face a fine of up to $50,000 and a prison term as high as five years.

The law, the amended Section 91 of the Canada Elections Act, allows the government to censor what it considers to be “fake news,” but some critics say it amounts to online censorship and take issue with what they see as the vague language in which the law is written.

Joanna Baron, the executive director of the Canadian Constitution Foundation, said the “vagueness and ambiguity of Section 91 leaves individuals and organizations uncertain about what the provision does and does not prohibit.” Moreover, the vaguely defined terms will cause people to be overly fearful of engaging politically lest they violate the law.

“The more broad and vague the prohibition, the greater the risk that members of the public will stay silent to avoid the risk of punishment,” Baron said in an interview.

In September, Baron’s organization launched a constitutional challenge against the law, saying it is “deeply concerned about the harm that this law has on freedom of expression in Canada, particularly the freedom to engage in political speech. … The law casts an exceedingly broad net and could be used to shut down all manner of political speech that is protected by the Charter.”

Jared Brown, a Toronto lawyer, believes the law will harm democracy and is a direct violation of the right to free expression codified in the Charter. He says the problem is that the concepts of disinformation or hate speech are subjective in the eyes of those who wield such measures, making them ripe for abuse.

“Any law restricting speech or expression inevitably comes down to who will define the speech or expression that is to be prohibited,” he says. “Furthermore, even defining these terms in accordance with majority beliefs serves to obliterate one of the foundational purposes and intentions of protecting free expression, which is the protection of unpopular or minority opinions.”

Other critics have denounced Section 91 for criminalizing both accidentally sharing misinformation and an intentional act of disinformation.

Political scientist David Moscrop thinks the main problem is that the law appears to dictate that the threat posed by a subversive foreign power and an honest observer who may have his information wrong is the same.

“Persons and entities who share false information believing it to be true are not part of the problem. Rather, the real concern is over disinformation campaigns, particularly those orchestrated by foreign powers, aimed at manipulating the results of an election,” he writes in an expert affidavit provided to the Ontario Superior Court of Justice.

“By capturing good-faith communicators of information in its broad net, and by broadly targeting the sharing of false information rather than the creation and dissemination of false information, Section 91 goes well beyond what is necessary and appropriate to preserve the integrity of democratic elections.”

Michelle Laliberte, the spokesperson for the Commissioner of Canada Elections, says it’s not the case that the law conflates someone mistakenly sharing misinformation with a deliberate act of disinformation.

“In the event that someone unintentionally shared information that they did not know to be false, our interpretation of the provision is that it requires proof of knowledge that the statement is false,” she says. “The Commissioner does not intend to take enforcement action against those who did not know they were stating or sharing false information.”

The issue of disinformation—the act of spreading false information to mislead others in order to achieve one’s political goals—and its foreign rogue practitioners was top of mind for the government during the election.

“The scope of potential foreign interference activities can be broad and encompass a range of techniques that are familiar to intelligence agencies,” Pierre -Alain Bujold of the Privy Council Office says.

These can include the use of state-sponsored and foreign influenced-media and other cyber-tools.

An Election Risk Monitor for Canada concluded that the biggest threat of interference in the 2019 election was cyber activities targeting political parties, politicians, and voters. These manifested in “fake news” targeting New Democratic Party leader Jagmeet Singh and fraudulent Twitter accounts originating from Russia or Iran that focused on “hot-button” Canadian issues. The Chinese Communist Party has also been known to have an active influence on local election campaigns.

In light of this, the Security and Intelligence Threats to Elections Task Force was established in September 2018 to help the government assess foreign threats ahead of the 2019 election. Consisting of officials from agencies like the Canadian Security Intelligences Service, the RCMP, and Global Affairs Canada, Bujold says the task force has been able to “effectively share intelligence and minimize information gaps, contextualize threats, and review together any potential actions to mitigate threats directed at Canadian democratic institutions.”

Nevertheless, Brown contends that the law will open up opportunities for curtailing political speech and criticism, accomplished “primarily through the chilling effect of self-censorship.”

“Political speech is by its very nature divisive speech,” he says.” The expression rights under the Charter were precisely included to protect political speech from infringement by the state.”