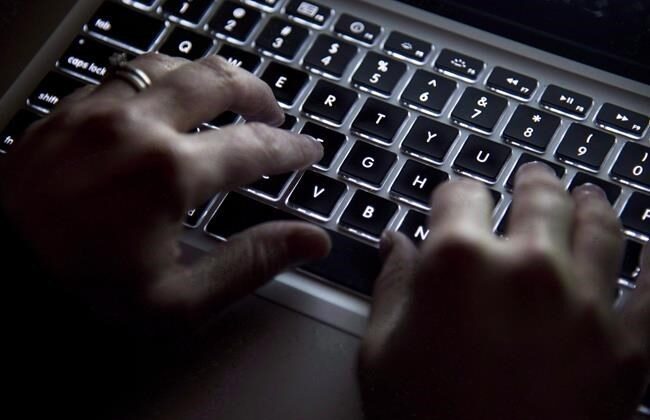 There are "serious gaps" in efforts, including resources, training and research, to protect young people from online sexual exploitation, warns a study prepared for the federal government. (The Canadian Press/Jonathan Hayward, File)
Canada

OTTAWA—Canada’s anti-money laundering agency is flagging some telltale signs that a financial transaction could be linked to online child sexual exploitation.

The federal Financial Transactions and Reports Analysis Centre of Canada, known as Fintrac, says in an operational alert issued today the COVID-19 pandemic has contributed to an increase in the consumption and production of digital material related to sexual abuse of children.

The new alert and a list of indicators of illicit transactions tied to exploitation were developed from an analysis of Fintrac’s financial intelligence in consultation with Scotiabank, the Canadian Centre for Child Protection, and the RCMP.

The effort, known as Project Shadow to underscore the activity’s hidden nature, is modelled after earlier public-private sector partnerships aimed at human trafficking in the sex trade, sale of fentanyl, romance fraud, and casino-related transactions through underground banking.

Fintrac tries to zero in on cash linked to terrorism and money laundering by sifting through millions of pieces of information annually from banks, insurance companies, securities dealers, money service businesses, real estate brokers, casinos and others.

The anti-money laundering agency says information received since the creation of Project Shadow has already allowed it to make more than 30 disclosures of financial intelligence linked to child sexual exploitation for police and other partners to investigate.

The idea is to provide law enforcement “with essentially another tool in their toolbox to combat child sexual abuse material on the internet,” said Barry MacKillop, Fintrac’s deputy director for intelligence.

The need for more financial intelligence amounted to a gap in efforts to identify and prioritize suspects involved in such exploitation, said Chief Supt. Marie-Claude Arsenault of the RCMP’s sensitive and specialized investigative services.

Signy Arnason, associate executive director of the Canadian Centre for Child Protection, said the new project would help in the ongoing battle to “expose the underbelly” of the disturbing proliferation of images of young people in cyberspace.

Fintrac’s alert says indicators of money laundering can be thought of as red flags signalling “that something may very well be wrong.”

Perpetrators and suspects were nearly all males, mostly in their 40s and 50s, located across Canada and employed in a wide range of occupations.

It’s hard to know, based on a single payment, if someone is creating sexually explicit material involving children, said Stuart Davis, executive vice-president and global head for financial crimes risk management at Scotiabank.

However, seeing that payment alongside other pieces of relevant information can reveal a bigger picture pointing to a crime, he added. “And it takes the context of lots of information to really be able to draw some indications of potential suspicion.”

Indicators of a transaction involving online exploitation could also include: