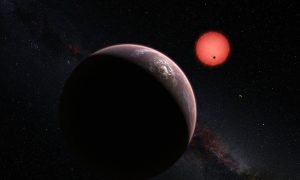 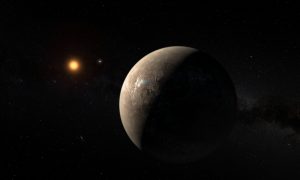 A new dwarf planet has been discovered hanging out in the far reaches of our solar system. Called 2014 UZ224, the celestial orb measures only 330 miles across, making it less than half the size of Pluto’s moon Charon. It is also incredibly far away, orbiting the sun at a distance of roughly 8.5 billion miles and making a full circle every 1,100 years or so.

The dwarf planet was located in a rather non-traditional way and involved of a device called a Dark Energy Camera, which is typically used for tracking stellar explosions and mapping other galaxies.

Further, the discovery was greatly aided by a group of University of Michigan undergraduates participating in a summer project led by Professor David Gerdes.  Gerdes has since moved on and is now using the type of information employed in the location of 2014 UZ224 to find the hypothesized but ever-elusive Planet Nine.