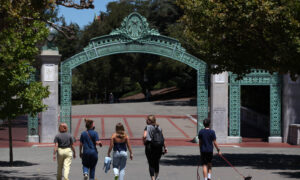 Newly declassified documents reveal the CIA—which is supposed to be strictly limited in the types of surveillance and other secret operations it conducts on U.S. soil—routinely monitors U.S. government computer systems.

That information is contained in two formerly secret letters of “congressional notification” written in 2014 by the Intelligence Community inspector general at the time, Charles McCullough. In the letters, McCullough reveals the CIA secretly intercepted and collected emails between congressional staff and the CIA’s head of whistleblowing and source protection. The collection was said to occur as part of the CIA’s “routine counterintelligence monitoring of government computer systems.”

Several sources familiar with the congressional notifications at the time, but unable to speak about it until now because the material was classified, said it is extremely worrisome that the CIA intercepted private communications with Senate staff about Intelligence Community whistleblowers.

McCullough said he was concerned about the CIA’s “potential compromise to whistleblower confidentiality and the consequent ‘chilling effect’ that the present [counterintelligence] monitoring system might have on Intelligence Community whistleblowing.”

The intercepts in question were conducted under the leadership of CIA Director John Brennan and Director of National Intelligence James Clapper. Both men dragged their feet, according to Sen. Chuck Grassley (R-Iowa), when he originally sought to have the congressional notifications declassified. A then-staffer of Sen. Grassley was among those whose emails were intercepted by the CIA.

Brennan and Clapper, now working in private industry and as consultants for NBC and CNN respectively, have been widely criticized for a variety of alleged surveillance missteps and abuses.

Both men were involved in controversial 2016 election year “unmaskings”—identifying protected names of Americans “incidentally” captured by government surveillance. Originally, when asked under oath in 2017 about unmasking requests made by any U.S. ambassador, including President Barack Obama’s ambassador to the United Nations, Samantha Power, Brennan claimed ignorance: “I don’t know. Maybe it’s ringing a vague bell but I’m not—I could not answer with any confidence.” It was later revealed that hundreds of unmasking requests had been made in Power’s name in 2016. Brennan also acknowledged that he requested that U.S. citizens’ names be unmasked on numerous occasions.

As for Clapper, he admitted, during a May 8, 2017, Senate judiciary hearing, to making at least one unmasking request related to “Mr. Trump, his associates, or any member of Congress.” Clapper also acknowledged having personally reviewed unmasked documents and that he might have shared unmasked material with other officials.

Clapper and Brennan have said they respected Americans’ right to privacy and did not violate any rules or laws.

In 2013, Clapper was criticized by Democrats and Republicans after denying under oath that the National Security Agency (NSA) was engaged in mass spying on tens of millions of Americans. Soon after that testimony to Congress, revelations by NSA whistleblower Edward Snowden proved the opposite was true. Clapper then argued he hadn’t been intentionally misleading.

In 2014, Brennan apologized to senators on the intelligence committee after it was revealed that the CIA had improperly monitored the computers of committee staff members. Brennan had previously vehemently denied the spying occurred.

The newly public congressional notifications about the CIA’s surveillance of whistleblower information were only released after Grassley appealed to current Intelligence Community Inspector General Michael Atkinson, who was sworn in on May 17. Brennan and Clapper’s successors, appointed by President Donald Trump had ignored requests to declassify the documents, according to Grassley.

“The fact that the CIA under the Obama administration was reading congressional staff’s emails about Intelligence Community whistleblowers raises serious policy concerns, as well as potential constitutional separation-of-powers issues that must be discussed publicly,” wrote Grassley in a statement.