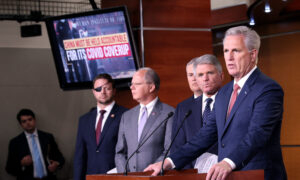 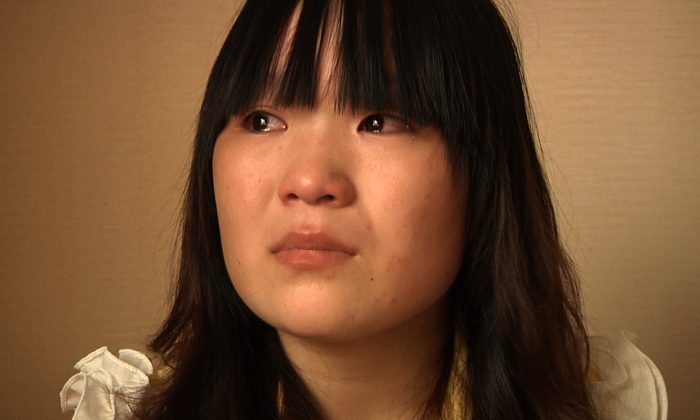 New Documentary Highlights the Hidden Price of Making an iPhone

Two years into his job, Yi, then only 24, was told by doctors that he had leukemia, the result of extended exposure to benzene, a sweet-smelling toxic chemical that is strictly regulated in the United States and other developed countries. In China, Yi had to breathe it in every day.

I still get tears when I watch the film.
— Heather White, director

Yi and other Chinese victims of global supply chains for products ranging from cargo containers to Apple’s iPhones are the focus of “Complicit,” a new documentary by directors Heather White and Lynn Zhang. Besides featuring testimonies from dozens of victims as well as Chinese and overseas media reports, the film also used footage shot by undercover activists.

“Complicit” premiered in the United States during the Human Rights Watch Film Festival to a packed theater at Lincoln Center on June 12. The film’s opening scene, showing the haunting funeral of a young factory worker, reminded some in the audience that they too played a part in the tragedy being highlighted.

“I felt guilty after watching the film, having a phone in my bag,” said audience member Jhoe Garay. “I didn’t know anything about the people dying because of phones or iPads.”

As the film highlights, 90 percent of the world’s consumer electronics are produced in China. Many of the factories, like Foxconn, the world’s largest contract electronics manufacturer and Apple supplier, employ migrant workers who leave their hometowns in search of higher-paying work. Official statistics counted over 280 million migrant workers in 2016, many of whom were teenagers.

Hungry for more profits, Chinese contractors to global brands force workers to use toxic chemical solvents like benzene and n-hexane because they are cheaper or more efficient than their safer alternatives.

This unethical manufacturing practice has led to many tragic stories, some of which are documented in “Complicit.”

In 2009, Ming Kunpeng was diagnosed with leukemia after two years of wiping electronic component parts with benzene in a factory then owned by the Dutch company ASM International. A spokesman for ASM denied that Ming was exposed to benzene, but the company did eventually offer a one-time settlement to Ming’s family after their protracted lobbying.

Ming’s health deteriorated and, not wanting to burden his family with high medical costs, he committed suicide by jumping from the roof of the hospital where he was receiving treatment. He was 27.

Amid tragedy sometimes arise truly inspiring figures, as the film shows with the case of Yi, the migrant worker in Shenzhen.

Despite battling leukemia and mounting health expenses since 2005, Yi has found time to volunteer with a Hong Kong-based NGO to help dozens of victims of occupational diseases or work-related injuries demand compensation and workplace reform from companies like Foxconn.

Director Heather White said, “I still get tears when I watch the film, because I feel connected to those individuals.” White, who formerly headed a watchdog NGO, has spent her entire career in China investigating labor violations in factories.

Making this film was “an incredible, personal journey,” she said.

The screening was followed by a panel discussion with White and Todd Larsen, the executive co-director of Green America, which promotes environmentally sustainable consumer and corporate practices.

The panel noted that while electronics manufacturers across the globe violate workplace practices, entrenched government malfeasance and corporate abuses have exacerbated the situation in China. There, the authorities accept bribes from factories to suppress activists and squash NGOs, instead of cracking down on malpractice.

Because of his activism, Yi was put under surveillance, evicted from his apartment, and blocked from exiting the country. Although he managed to attend the recent European premiere of “Complicit” in Geneva, he was questioned for hours by the Chinese authorities about his whereabouts upon his return.

Yi can be considered fortunate. A worker who was supposed to be featured in the documentary disappeared on his way to work. Previously, he had been organizing other workers in a neighborhood near a Foxconn factory where a cluster of leukemia victims was discovered.

“We just never heard from him again,” White said during the panel discussion. “His family never found him.”

We consumers in the land of plenty are fundamentally connected to those people who make our goods.
— Jody R. Weiss, audience member

“China is a more extreme case because of its repressive, authoritarian government and the inability of workers to have a voice at all,” she added.

White called on consumers to pressure the large global brands by signing petitions, writing letters, or dialing company hotlines to show concern about worker protection. Companies like Apple and Samsung are “able directly to influence the quality of the working conditions, at least in their own factories,” she said.

“I feel like we consumers in the land of plenty are fundamentally connected to those people who make our goods,” said audience member Jody R. Weiss.

“It’s as though we’re one heartbeat—if they suffer, we suffer.”