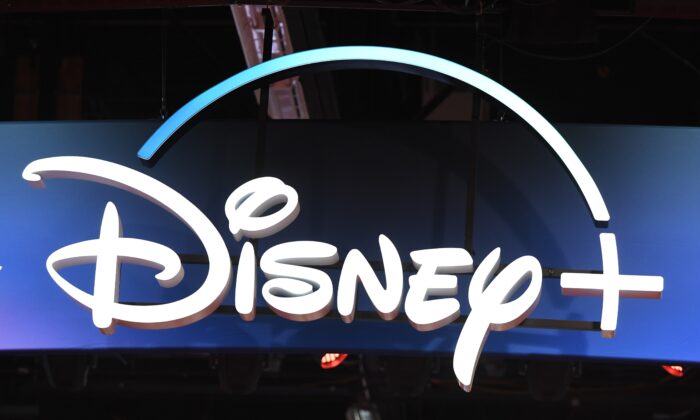 A Disney+ streaming service sign is pictured at the D23 Expo, billed as the "largest Disney fan event in the world," at the Anaheim Convention Center in Anaheim, Calif., on Aug. 23, 2019. (Robyn Beck/AFP via Getty Images)
Education & Family News

New Disney Show Accused of Indoctrinating Kids to Think That Men, Too, Can Get a Period

The Walt Disney Company, which recently sparked controversy for inserting radical sex and gender ideology into its children’s programs, has come under scrutiny again after a clip from the new series “Baymax!” showed the namesake nurse robot taking advice on menstrual products from a transgender person.

The video was obtained and shared by conservative author and filmmaker Christopher Rufo. Earlier this year, Rufo publicized video footage of an internal company call, in which Disney executives discussed the company’s “not-at-all secret gay agenda,” including a push for more LGBT cartoon characters.

“I’ve obtained leaked video from Disney’s upcoming show ‘Baymax,’ which promotes the transgender flag and the idea that men can have periods to children as young as two years old,” Rufo wrote in a Jun. 28 post on Twitter. “It’s all part of Disney’s plan to re-engineer the discourse around kids and sexuality.”

In the 27-second clip, Baymax can be seen standing in the female hygiene product aisle of a store. When he asks a woman next to him for suggestions, the woman appears to be surprised but nonetheless recommends “the tampons I usually use,” before several other customers join in to offer advice.

“I prefer pads, they’re more comfortable for me,” a woman tells the inflatable robot.

“I always get the ones with wings,” recommends a male-sounding person wearing a transgender flag.

“Get unscented and bleach-free if you can,” another woman says.

“My daughter loves these!” a man says while showing Baymax some other product.

“These might be easier if it’s her first period,” yet another woman offers. “These are really environmentally friendly!”

The clip has triggered a debate on social media over whether the messaging is appropriate for an animated series directly aimed at younger viewers, with many accusing Disney of trying to normalize to children the idea that biological males can have periods.

“I have 4 kids, ages 8-15, who would watch this and it would make them all uncomfortable. What is the purpose?” journalist Nicole Russell wrote on Twitter.

Some others, however, applauded the inclusion of the period talk and dismissed Rufo’s concerns as “conspiracy theory.”

“Apparently, this is all you need to trigger Christopher Rufo into an unhinged rant and conspiracy theories,” Alejandra Caraballo, an instructor at Harvard Law School, wrote alongside a transgender pride flag.

The latest installation in the “Toy Story” franchise, “Lightyear” earned only about $51 million in North America on its opening weekend and landed 5th at the box office on the second weekend, with just $17.6 million, falling even behind the independent horror film “The Black Phone.”

Critics argue that the poor performance of “Lightyear” has to do with Disney’s focus on pushing LGBT-friendly messages rather than entertaining the audience. As the result of Disney’s insistence in keeping a same-sex kiss between two female characters in “Lightyear,” the film has been banned in 14 countries, including China and Indonesia.