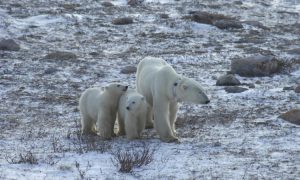 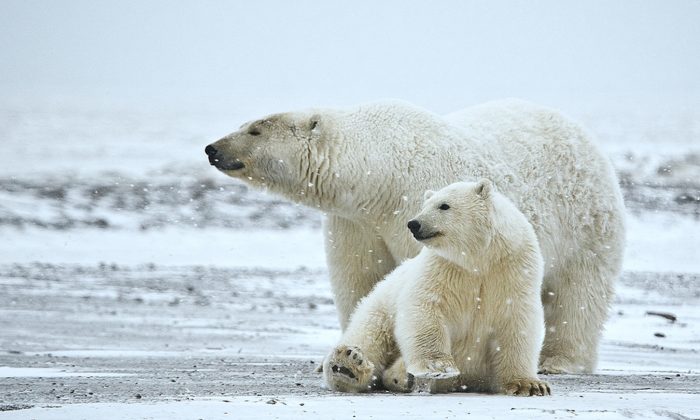 The decrease in Arctic ice as a result of global warming has already taken its toll on polar bears, leaving them with fewer habitats and increased difficulty in finding food. But scientists have now discovered a larger, and potentially more lethal, threat to the Arctic mammal.

They discovered that the immune system of polar bears is unable to adjust to new pathogens that have come about as a result of rising temperatures.

Professor Diana Weber at New College of Florida, together with a large group of international researchers, studied the immune system of 98 polar bears in Canada.

“With warming in the Arctic we are seeing diseases and parasites that have not been there before or at low levels,” Weber said in an email.

It has already been documented that pathogens have been moving into the Arctic as a result of global warming. Species from lower latitudes that have previously been excluded by the cold are now expanding their ranges into higher latitudes and bringing diseases and parasites with them.

“There are a number of diseases now observed in Arctic animals not previously seen or not as prevalent. Exposure to pathogens could decrease the survival of polar bears,” Weber said.

Professor Axel Janke of the Biodiversity and Climate Research Center in Frankfurt said in an email, “Depending on the extent of the climate change, the polar bear will lose significant areas of its habitat and possibly an increased load of pathogens.”

The research concentrated specifically on the genes coding the major histocompatibility complex (MSC), which is part of the immune systems in all vertebrates.

The research showed that the polar bear has low variation, which means few differences in its DNA in the MSC. If animals have high variation, it allows their immune systems to recognize new pathogens in their environment and to mount an immune response to the pathogens, but this is not the case for the polar bears as they have a low variation.

“This low MHC variation in the polar bear would be maladaptive with newly emerging pathogens in the Arctic from climate change and may put the species at risk,” Weber said.

According to Weber, the polar bear most likely has a low MHC diversity because the cold Arctic environment keeps most pathogens out, leaving the polar bear over time with little exposure to pathogens.

According to Janke, the polar bears have survived three interglacial periods (warm periods).

“Probably during each warm period, the population declined and only a few hundred individuals survived each time,” Janke explained. “So far we don’t know where and in which numbers the polar bears survived past interglacials, but it is possible that it may survive in some small areas that may become suitable habitats in the future.”

Weber said, “The key is to decrease the loss of the ice, as this will help keep pathogens from moving into the Arctic.”