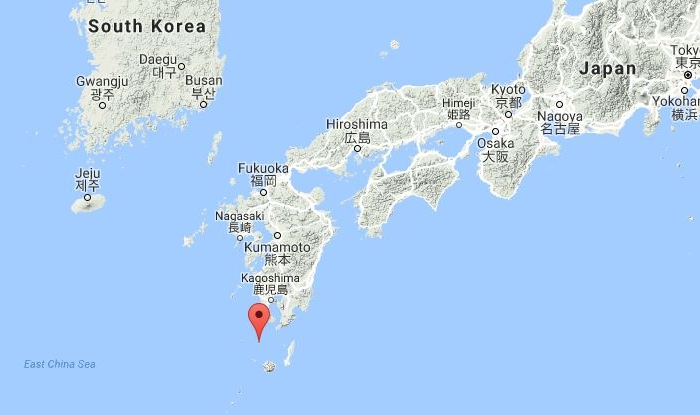 New Discovery at Supervolcano Appears to Point to Potential Eruption

A supervolcano in Japan could erupt within the next 100 years as geologists recently discovered it beginning to wake up from a 7,300-year-old slumber.

A lava dome has been steadily expanding within the Kikai caldera, which lies south of Japan’s southernmost island.

A new study published in Nature reveals the dome of lava lurking beneath the caldera.

The dome has expanded over time, according to the researchers.

By studying the magma plumbing, volcanologists hope to get better insight into the entire caldera system.

They would then be able to better predict when the next eruption will occur.

“The most serious problem that we are worrying about is not an eruption of this lava dome, but the occurrence of the next supereruption,” said Yoshiyuki Tatsumi a volcanologist at Kobe University in Japan and lead author of the study, told The New York Times.

The dome, or a trapped buildup of lava, has a volume of about eight cubic miles, a diameter of about six miles, and a height of almost 2,000 feet, according to the researchers.

Interesting: Underwater supervolcano could erupt without warning and kill 100 million people after scientists find a 6-mile wide lava dome growing off the coast of Japan. But the risk of a caldera eruption hitting Japan is just 1% in the next 100 years https://t.co/z01uIhDaXE

That’s bigger than the calderas in similar volcanos, such as the Yellowstone caldera.

Tatsumi and a colleague previously estimated in a study published in 2014 that the Kikai caldera has a one percent probability of erupting in the next 100 years based on previous eruption records.

More than 110 million people live in an area of risk.

The supervolcano, so-called because of its immense size and the fact that an eruption would be so much bigger than a regular volcano, last erupted about 7,300 years ago.

“The post-caldera activity, at least [at] this caldera, is regarded as the preparation stage to the next super-eruption, not as the calming-down stage from the previous super- eruption,” Tatsumi told Live Science.

However, the researchers at Kobe University noted that the dome contains lava that “is different from the magma that caused the giant caldera to erupt.”

Researchers are planning to study the volcano more in March 2018 using various instruments, including seismic and electromagnetic methods to determine the existence of the magma buildup.

“Based on results from these surveys, the team plans to continue monitoring and aims to pioneer a method for predicting giant caldera eruptions,” they said.