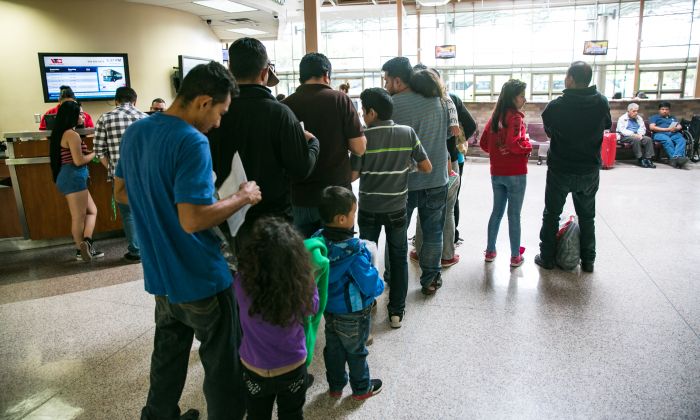 Individuals from foreign countries who are running from domestic abuse or local criminal activity are no longer eligible for asylum in the United States, according to new policy guidelines distributed by the Department of Homeland Security (DHS).

The change is a consequence of a ruling, the Matter of A-B-, by Attorney General Jeff Sessions, published on June 11.

In it, Sessions essentially reverted the asylum criteria to what it was before 2014, when the Obama administration opened it up to include private criminal cases, including domestic violence.

The definition has not changed. Asylum-seekers have always needed to prove that they have suffered past persecution or have a well-founded fear of future persecution in their home country because of their race, religion, nationality, political opinion, or membership in a particular social group.

In the case of domestic violence, where the persecutor is a private actor, “applicants must show that their home government either condoned the private behavior or demonstrated a complete helplessness to protect them,” according to the DHS.

“It is not enough to simply show that the government has difficulty controlling the behavior or that certain populations are more likely to be victims of crime.”

“Over the years, grounds for qualifying for asylum have greatly expanded far beyond what Congress originally intended,” said DHS spokesman Michael Bars.

“Many petitioners understand this, know how to exploit our system, and are able to enter the U.S., avoid removal, and remain in the country. They’re then referred to an immigration judge and released on a promise to appear for a court date weeks, months, or years down the line regardless of whether they plan to show up. This exacerbates delays and undermines those with legitimate claims.”

Defensive asylum applications (mostly those who enter illegally or apply once in deportation proceedings) have risen from less than 13,000 in fiscal year 2010 to over 119,000 in fiscal 2017, but the number granted asylum rose by only 5,000 over the same time period, according to DHS.

Immigration courts have a backlog of more than 316,000 pending asylum cases.