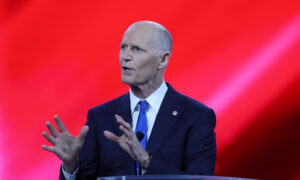 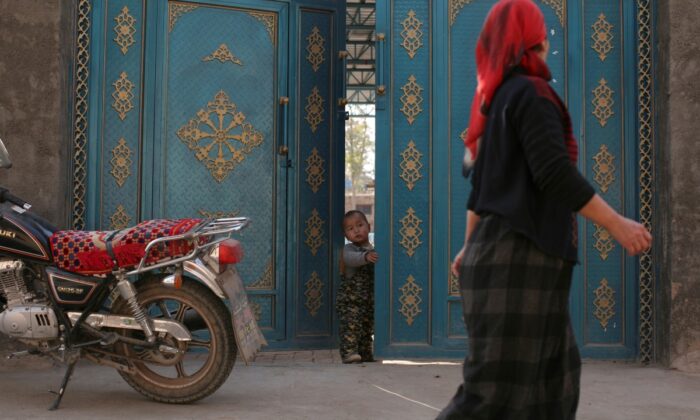 A child looks out from a door as a Uighur woman walks by in a residential area in Turpan, Xinjiang Uighur Autonomous Region, on Oct. 31, 2013. (Michael Martina/Reuters)
INSIDE CHINA

Homes have been sealed and large numbers of travelers are stranded in a prefecture in China’s Xinjiang region bordering Kazakhstan where two new cases of COVID-19 have been found, according to residents.

The Xinjiang Health Commission reported on Oct. 3 two new cases of asymptomatic infections in Khorgos City, Ili Kazakh Prefecture (Ili Prefecture). On the same day, the city, with a population of 85,000, reportedly contact traced 192 people, all of whom were quarantined.

Local residents told the Chinese language Epoch Times about the current situation in the affected region which is on the China-Kazakhstan border.

“This place is under complete lockdown and no outsiders can come in,” a resident surnamed Li in Khorgos City said on Oct. 4.

“A large number of travelers are stranded here and not allowed to leave. They have been put in hotels and monitored by government-designated personnel,” she said.

Li said that she was also required to quarantine at home, and her door had been sealed off.

“We are all isolated at home … We are all very anxious being locked inside at home,” she said.

Li said she was very worried. “It was a mother and daughter who were diagnosed. The official did not say how they were infected. We are scared.”

Li revealed that at present, all supermarkets and shops are closed, and all the goods in the supermarket have been sold out.

“There are community volunteers delivering rationed food [to community residents],” she said.

The Epoch Times obtained a video of local residents panic shopping and emptying out local supermarkets.

Mainland Chinese media reported that on Oct. 3, that a large number of flights to and from Urumqi Diwopu, Korla, Aksu, Yining, and other airports in Xinjiang were canceled. As part of that 13 domestic inbound flights and 11 outbound flights were canceled at the airport at Yining, a mid-sized city in the prefecture

With a population of more than half a million, Yining City has also implemented traffic controls, and the railway station has also suspended any transportation of passengers.

A homestay owner in Yining said that the city has always had the most strict COVID-19 control measures, even before the report of the recent cases.

Now all residential communities have been locked down and residents are not even allowed to go downstairs, the woman said.

“I told my guests who are from Beijing about the new cases and lockdown, so they left when they still could. Otherwise, they will not be allowed to leave. Guests in other homestays are stranded,” she said.

They are only allowed to go downstairs in batches, when they need to buy food, she said. Buses and private cars are banned on the streets, only taxis can still operate, and there are checkpoints everywhere, she added.

Due to a lack of transparency, the ruling communist regime has been suspected of covering up the real COVID-19 situation and the actual infection number remains unknown.

Hong Ning and Gu Xiaohua contributed to the report.