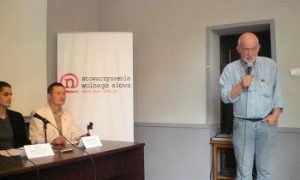 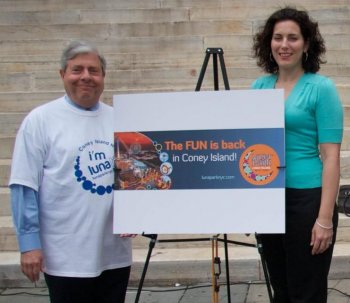 By Kristina Skorbach
Print
NEW YORK—In less than a month, a new amusement park will open on Coney Island, according to an announcement made by Brooklyn Borough President Marty Markowitz on Monday. The park is slated to open to the public on the Memorial Day weekend. The new recreational area has been dubbed Luna Park, leaving it open to all manner of puns.

“You can bet we are lunatics when it comes to our belief that Luna Park should offer the best entertainment value in the city,” said Markowitz.

“We went from rezoning to a fully built amusement park in less than a year, only a lunatic can pull that off,” said Lynn Kelly, President of the Coney Island Development Corporation.

Similar to the old Coney Island amusement park, Luna Park will have no entrance fees. It will include 19 new rides.

The amusement park will be staffed by people who live in the neighborhood, bringing jobs to the community. Job fairs were hosted throughout the community to make sure the residents could have the opportunity to work there, according to the office of City Council Member Domenic Recchia.

Local resident Amore Leighton Black, who has been visiting Coney Island’s amusement park for the last five years with her daughter, said she can’t wait for Luna Park to open.

“Looks like it’s going to be fun,” she said.