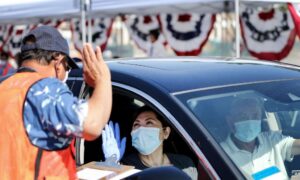 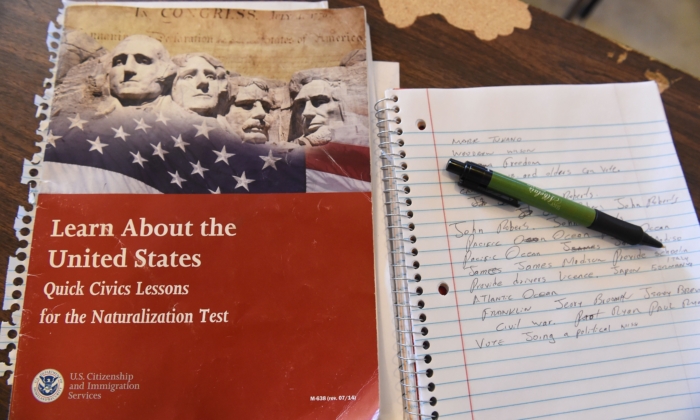 A new test debuted by the U.S. Citizenship and Immigration Services (USCIS) will ask naturalization applicants to answer twice as many questions and will require twice as many correct answers.

The USCIS released the 2020 oral test on Nov. 13. Prospective citizens will be given 20 questions to answer, up from 10 on the test given since 2008. The test-takers must answer 12 of the questions correctly to pass, compared to six on the old exam.

The study guide has grown to 128 questions from 100. In addition to the new questions, answers to some of the old questions (pdf) have been revised. For example, the correct answer to the question “Who does a U.S. senator represent?” used to be “all the people of the state.” It is now “citizens of their state.” One of the new questions asks, “Why is the Electoral College important?”

Another new question, appearing at the top of the study guide, asks, “What is the form of government of the United States?” The list of the correct answers doesn’t include “democracy,” a common misconception about the form of the U.S. government. The correct answers are listed as “Republic,” “Constitution-based federal republic,” and “Representative democracy.”

Immigrants applying for citizenship will for a time be given either the 2008 or the 2020 version of the test, depending on when they applied for naturalization. Those who apply after Dec. 1 will take the new test. Passing the test is a statutory requirement for granting citizenship.

Those who fail the test will have a chance to retake the version they failed in 60 to 90 days.

“USCIS has diligently worked on revising the naturalization test since 2018, relying on input from experts in the field of adult education to ensure that this process is fair and transparent,” USCIS Deputy Director for Policy Joseph Edlow said in a statement.

USCIS first announced plans to update the civics tests in July 2019. The new test has been in development for years as part of a once-in-a-decade update. The agency piloted the test with community organizations and volunteers across the nation this summer.