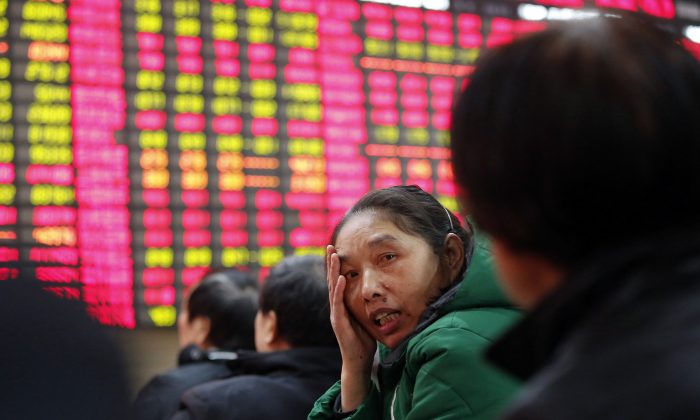 An investor chats with another at a private securities company on Tuesday, Dec. 24, 2013 in Shanghai, China. (AP Photo)
Business & Economy

After the first rumors about a Chinese version of quantitative easing (QE) emerged Monday, more unofficial reports on Tuesday tell us the program will copy one of the European Central Bank’s initiatives, rather than the Fed’s classic stimulus.

This is similar to what the ECB did with its infamous Long Term Refinancing Operations (LTRO) starting at the end of 2011, although we don’t know how long term the Chinese operation is going to be. However, the result in China is likely to be similar to the result in Europe: Do nothing for the real economy but prop up the stock market.

A quick reminder on how this LTRO business could be working in China. A Chinese bank holds local government debt, which has probably lost half of its value, thanks to a declining real estate market.

Effectively the PBOC has taken on the risk of the local government loan and expanded its balance sheet at the same time. The only difference to direct quantitative easing is that the loan eventually has to be repaid, whereas QE doesn’t.

Because of the risk transfer, the balance sheet of the Chinese commercial bank is now less constrained and it can give out more loans to private businesses or local governments again. This is the theory.

In practice, the Chinese situation is not too different from the European one a couple of years ago.

While the central planners would love it if the banks were to lend to the real economy, the banks don’t see any projects worth lending to. But the new money has to go somewhere. In Europe, it went into sovereign debt as well as the stock market, and the real economy went nowhere. The same is going to happen in China.