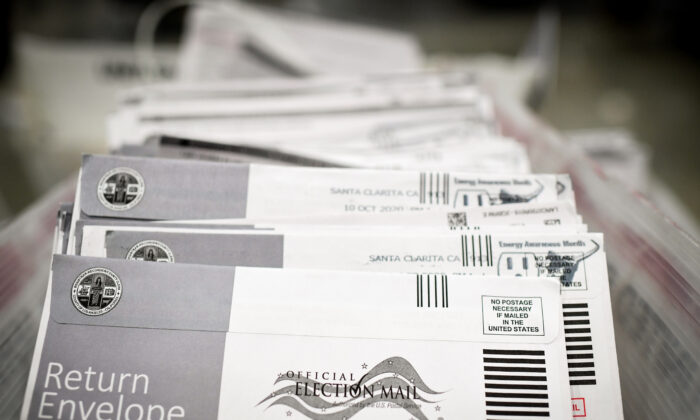 A new California bill will permit registered voters to indefinitely vote by mail in statewide and local elections beginning Jan. 1, 2022. The law will require the state to send ballots to nearly 22 million registered voters in June and November during the election year.

All registered voters received absentee ballots for the 2020 United States presidential election and 2021 gubernatorial recall election, reported to be a safety measure to mitigate the spread of the coronavirus in polling stations. The governor’s office foresees the change will “increase access to democracy,” according to a September press release.

California is now the eighth state to enact a universal mail-in-ballot policy.

“The bill will permanently expand access and increase participation in our elections by making voting more convenient and meeting people where they are,” Secretary of State Dr. Shirley Weber said in a statement.

Berman, who authored the bill, said that when voters receive mail-in-ballots, “they vote.”

“As other states actively look for ways to make it harder for people to vote, California is expanding access to an already safe and secure ballot,” he said in a statement.

As reports of some voting issues occurred during the 2020 presidential election, former Secretary of State Alex Padilla reassured officials of the legitimacy of the process at an October 2020 press conference in Orange County.

“Despite the attacks against vote-by-mail or how California conducts elections … voters can trust the integrity of elections in the state of California,” Padilla said.

But not everyone is on board with mail-in ballots. Election Integrity Project California, an election integrity watchdog group, said in a statement last year that Padilla’s regulations are outside of the “purview of the executive branch of government because they supersede or countermand what is codified in California’s Elections Code.”

“Any such change may only be sanctioned by an act of the state legislature, not simply declared by executive edict.”

Sherry Bebitch Jeffe, a political analyst and retired public policy professor at the University of Southern California, told The Epoch Times in a previous interview that she supports expanding access to absentee ballots but had issues with sending the ballots due to concerns of “mail delivery and non-delivery of mail.”

“There have been so many questions about it,” Jeffe said. “I’ve personally had real problems with it … and so it was easier for me to find my drop-off box.”

California voters can anticipate receiving their ballots by mail for the statewide elections held in June and November 2022.