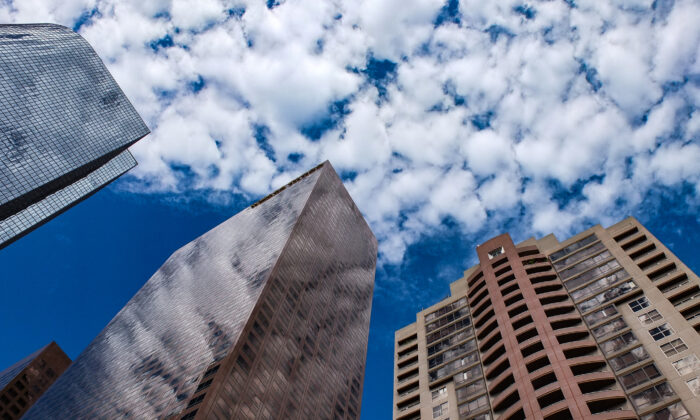 SACRAMENTO, Calif.—A proposal that would allow employees in California to skip work if they cite a state of emergency as a reason for their absence is opposed by more than 30 business advocacy groups across the state—including the California Chamber of Commerce, the California Hospital Association, and the California Restaurant Association—who say the measure will harm business owners.

The bill requires employees to notify their employers before leaving a worksite due to emergency conditions; a previous version didn’t.

If enacted, an employer who disciplines an employee for leaving the job site or not showing up for work could be subject to legal action under the Private Attorneys General Act, which enables California laborers to file lawsuits against employers for workplace violations.

If an employer chooses to discipline a worker for refusing to show up to work, opponents of the measure argue it will put employers at risk of lawsuits from employees who claim their work safety is at risk.

“Work safety is a basic protection we strive to provide all Californians,” Durazo said during the committee hearing. “Unfortunately, there have been cases of workers being put in vulnerable and life and death situations where they are required to continue to work despite the imminent threat of a state of emergency or other significant emergency conditions.”

In California, examples of declared states of emergency include wildfires, earthquakes, floods, and mudslides, according to Durazo.

“Emergency conditions that also need to be accounted for include manmade emergency situations, including mass shootings and terror events,” she said.

Durazo said SB 1044 is “not intended to last throughout the duration of a state of emergency,” and that it pertains to “conditions outside the employers’ control that make the worksite unsafe.”

“This is not the same as the right to refuse unsafe work. We understand many employers are seeking exemptions for different categories,” she said.

It applies only where emergency conditions exist, Durazo said.

But the California Chamber of Commerce, the largest business advocacy coalition in the state, said the bill ignores current protections already in place for employees under the California Division of Occupational Safety and Health regulations.

In a letter (pdf) sent to Durazo signed by more than 60 business advocacy groups, public policy advocate Ashley Hoffman, of the California Chamber of Commerce, said “SB 1044 completely ignores the protections that these regulations already provide in making long-term emergency topics—such as wildfire and heat—safer for California’s workplaces.

“SB 1044 gives such broad discretion to employees that if they walk away from a completely safe workplace, the employer could do little in response without risking litigation,” she said.

But states of emergency have a spotty history in California, according to Hoffman, because they have sometimes remained in effect “past the time of a pressing emergency.”

However, the provision won’t remain in effect throughout the entire state of emergency, Durazo said during the meeting.

“The March 4, 2020, COVID-19 State of Emergency provides an important example of how SB 1044 would operate if in effect today,” the chamber coalition’s letter read. “That state of emergency remains in place—despite considerable improvement in California’s COVID-19 status.”

The bill has the support of several labor unions, including the Los Angeles County Federation of Labor and the Teamsters Union.