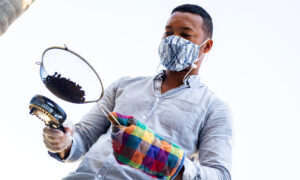 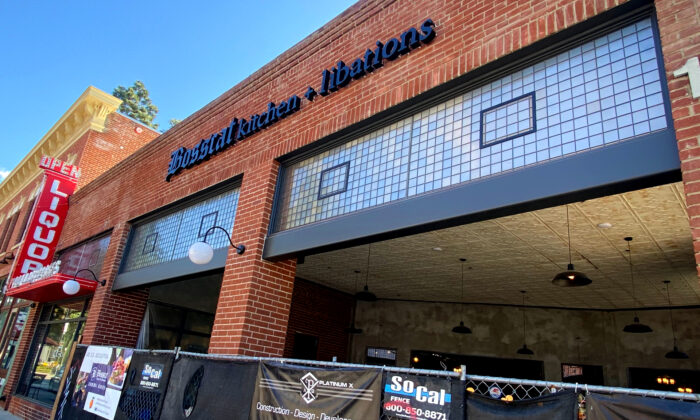 New Businesses Open in Orange County, Forging Ahead Amid Pandemic

ORANGE, Calif.—At the beginning of the COVID-19 pandemic, businessman John Reed was faced with a dilemma: halt the scheduled construction of his new restaurant in Orange County, California, or take a risk and see it through, despite looming challenges.

Construction of his new Bosscat Kitchen location in the city of Orange was slated to begin in March 2020—around the time of the state’s first lockdown. Reed made the decision to postpone—at first to late September, then to October. Then, as the pandemic lingered, construction finally began.

“We were struggling like everybody else to make sure that we could survive this thing. In addition to that, we were in the midst of building a new restaurant, which required capital,” Reed told The Epoch Times. “So there was a lot of dialogue with the landlord and the general contractor and myself about pushing out our timelines.”

Five months later, most of the construction is complete, and Reed is preparing for the restaurant’s opening.

He isn’t alone in pursuing a new venture during these especially uncertain times. New business openings are on the rise across the United States, according to a Yelp Economic Average report from last October. The report stated that restaurant and food businesses were opening during the pandemic “at a higher rate than one would expect”—and were similar to pre-pandemic levels.

Reed and other new business owners who spoke to The Epoch Times said they weren’t deterred by the ongoing pandemic, but did adjust their business plans to accommodate for its effects, with varying results.

Reed said when the pandemic first struck, all of his restaurants were equally affected by restrictions, no matter where they were located. He said the drop in business was significant across the board—a stark difference from a simple weather shutdown or a slow day.

“The issue was really a combination of seven months of very little revenue coming through the door,” he said. Reed, who owns two other Bosscat Kitchen locations—one in Newport Beach and another in Houston—said that during that time, his restaurants were virtually takeout only in California and very limited by restrictions in Texas.

Still, he persisted, he said, and did his best to take care of his employees in the process. But with the lack of revenue coming in, the construction of his third restaurant in the Orange Circle became uncertain.

“We took what should have been a 90-day build, and it ends up being seven months to build it, because that way we could evenly space out the cash flow.”

Reed said reaching an agreement with the city of Orange’s Historical Commission on the design of the restaurant also proved challenging; the process added three months to the project. The buildings in the Circle are a century old with historic tracings, and the locals want to keep it that way.

“The businesses that were there before, they’ve been there for 70 years. So, there was a huge historical component that the locals, as well as the building owner, wanted us to keep,” said Reed. “Those were two elements we’ve never worked with before.”

Though construction is near completion, Reed said the location won’t fully open for business until the restrictions on indoor dining are lifted.

When Jon Gray and his wife, Gail, opened a Grit Cycle location in Costa Mesa late last summer, they saw huge success almost immediately, even with limited capacity. Their fitness cycle facility specializes in a multitude of classes and services.

“We kind of picked our path and opened in late September,” Gray told The Epoch Times, adding the process was “certainly not the easiest thing to navigate through.”

The Grit Cycle location also opened the door for job opportunities; the Grays hired 70 employees to help operate the facility, including cycle instructors, front desk concierges, and cashiers for their retail shop.

Luckily, they didn’t need to tap into any county or state resources to stay afloat. Gray said they did a survey before opening the location to see if anyone would come, and the responses indicated the surrounding community was eager to have a place to exercise.

The restaurant was under construction for about a year, Taha said, before an additional eight months of delays landed their grand opening right in the middle of Orange County’s “Reopen California” protests, with a takeout-only model.

Taha told The Epoch Times they didn’t know if the business would be able to survive, but had no choice.

“We had to stay open or declare bankruptcy. Every time they would do another phase of shutdown, it was almost like starting over,” he said.

Cody and his father didn’t know if they’d be able to weather an imposing rent of over $10,000 per month along with the unexpected added costs of restocking, which he said increased significantly.

“It was a big scramble, because the fact that everyone’s doing to-go only, it’s hard to find to-go products,” Taha said. “So like if you need to-go boxes, gloves, meal kits, forks, knives, [and] napkins, all those things were just sold out everywhere.”

It was three to four months before he started seeing multiple customers come in, Taha said, because the business was trying to build a clientele “when no one was going outside.” He decided to shift away from traditional advertising, such as placing signs outside, and put most of his energy into spreading the word via social media.

“This whole area used to be completely packed, and now everyone’s forced to close down. So it’s like, there’s no visibility that was originally there that people can just walk by.”

He and his father ran the restaurant with a skeleton crew of three people, but were still barely hanging on. When the state mandated the second wave of restaurant closures before Thanksgiving, Taha wasn’t sure they were going to stay afloat.

“It started getting to a point where we were wondering, like, are we even gonna be able to make it to the next one?” he said. The pressure of “being in the middle of this and not being able to get a break” mounted.

“I know other business owners that have closed their places. You know, people that have just started building locations during the pandemic that were supposed to open. And they started realizing that things are so bad … they really just declared bankruptcy on companies that weren’t even open … just to get out of their leases,” Taha said.

But California Pita Grill is still open, and Taha hopes the worst is over.

“We finally started to turn the page a little bit,” he said. “We’re starting to get established a little more [in] our community, so that’s helping a lot. We’re finally set to catch up on things a little bit.”

He added: “Things are definitely shifting now that … people are more comfortable going out. … We’re really waiting for the shift to indoor dining to open back up again.”