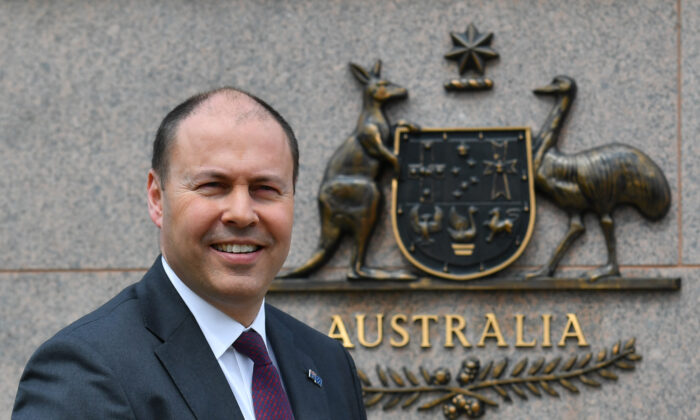 The Australian federal government has committed $159.6 million over four years in its 2020-2021 Budget to implement further superannuation reforms in a bid to boost the performance of the $3 trillion industry and save 16 million Australians $17.9 billion over the next decade.

The  “Your Future, Your Super” scheme designed to increase accountability and transparency, will set up a new online comparison portal to help super fund members compare and select the highest-performing super fund.

It will also adopt an annual performance test by the regulator APRA (Australian Prudential Regulation Authority).

The YourSuper portal will also be publicly listing super funds that are failing to provide reasonable returns, and those that have been consistently poor will be banned from accepting new members for two years.

Another significant change is the introduction of “having your superannuation follow you” regime, under which fund members will be stapled to their super fund unless they choose otherwise. The move means that new super accounts will not be automatically created every time a member starts a new job,  thus avoiding the accumulation of multiple accounts and unnecessary fees.

“Tonight I announce that new super accounts will no longer be automatically created every time a worker changes jobs,” Treasurer Josh Frydenberg said in his Budget speech on Oct 6. “Under our reforms, your super will follow you.”

“The current system is letting too many Australians down,” he said in a joint statement with the assistant minister for Superannuation Jane Hume on Oct 6. “Australians are paying $30 billion per year in superannuation fees.”

This exceeds the cost of household gas and electricity bills combined and is estimated to go up to $45 billion by 2034.

“At the same time, Australians hold 3 million accounts in underperforming funds managing over $100 billion of their retirement savings,” he added.

The new measures, which build on a series of reformative moves, are to commence July 1 2021 and expected to benefit Australians by $17.9 billion over the next ten years.

Mixed Responses From the Industry

The newly proposed changes to superannuation system have received mixed responses by industry insiders, with some experts raising concerns that tieing Australians to a single superfund may leave them attached to an underperforming one for years before they’re aware of it.

The director of the consumer advocacy group Super Consumers Australia Xavier O’Halloran welcomed the changes as “a good start to ensuring that all Australians get a fair deal from the superannuation system.”

“Superannuation account stapling means no more duplicate fees and duplicate insurance, creating a huge saving for people over their lifetimes,” he said in a statement.

“The government has rightly recognised that for stapling to work, the system needs to support people to find good performing funds for their retirement savings.”

However, he cautioned that the existing members might be disadvantaged.

“Measures are also needed to ensure that existing members aren’t disadvantaged by underperformers,” he noted. “ We look forward to working closely with the Government and regulators to design a system that means existing members within underperforming funds can smoothly transition to a better deal.”

“The FSC congratulates the Government for committing to the Royal Commission’s ‘default once’ recommendation, which will prevent unnecessary account erosion from fees and the creation of new duplicate accounts,” FSC CEO Sally Loane said in a statement.

However Bernie Dean, the chief executive of Industry Super Australia  (ISA) which represents 15 industry Superfunds, is not convinced of the effectiveness of the measures and calling for a re-calibration and strengthening of policy details.

“While it is pleasing the government is tackling multiple accounts, stapling workers to a single fund could leave them stuck in a dud fund for life, costing them hundreds of thousands of dollars at retirement,” Dean said in a statement (PDF) on Oct 6.

Further, “the stapling mechanism announced won’t actually help consolidate the existing 10 million surplus accounts – it will only prevent new ones being created,” he added.

According to Dean, a more effective way to address the issue is stapling Australians to their money, not their super. This means their super can get automatically rolled over into a new quality checked fund when they change jobs.

“Stapling the money to a member would remove multiple accounts quicker and more effectively weed out underperformers,” he argued. “Underperformance is the biggest cost drain on member savings and dud funds need to be removed no matter what type of fund they are.”