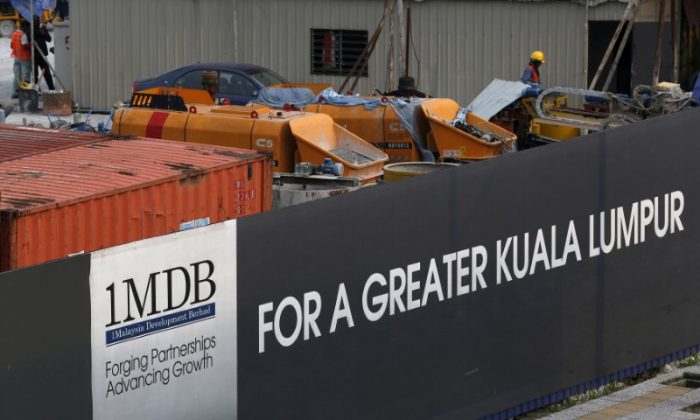 The non-fiction investigative thriller, penned by Wall Street Journal reporters Tom Wright and Bradley Hope, details the rise and fall of Low Taek Jho, the Malaysian mastermind allegedly behind what has been dubbed one of the largest financial heists in history. The book reveals untold details of the financial scandal that allegedly left $4.5 billion missing from the 1MDB state investment fund.

In an interview with portal Coconuts.co in September, co-author Wright described Low as the “puppet master” in the scandal.

“Jho Low was really the only character who had a 360 (degree) view of what was going on,” Wright said.

The @WSJ's @TomWrightAsia sat down with us to talk about his new book @BillionDlrWhale, a fast, funny and ultimately sobering read that underscores the complicity of financial institutions in the multi-billion dollar 1MDB scam. https://t.co/TPx37Y9gac #billiondollarwhale #1MDB

But in a statement on his official website, Low last month described the book as “guilt-by-lifestyle and trial-by-media at its worst.” He added that he wants to tell the “true story” of 1MDB, calling the allegations unfair.

He wrote: “With hindsight I may have done things differently, like any young person, but any mistakes I made do not amount to the sweepingly broad and destructive allegations being made against me.”

The Penang-born fugitive businessman has reportedly attempted to halt distribution of the book worldwide. A report published by The Guardian said lawyers representing Low in the London-based law firm Schillings had distributed aggressive letters to bookstores globally. Following their legal campaign, distribution of the book has been effectively blocked in Britain.

Amid a wave of corruption charges linked to 1MDB, former Malaysian prime minister Najib Razak was ousted from power in May’s shock general elections after police discovered and seized stashes of luxury items, including 284 designer handbags and cash from his home. In August, Najib was charged with three counts of money laundering breaches linked to the state-owned investment fund, which he founded in 2009.

In an interview with the Financial Times on Oct. 11, Najib denied all charges made against him of money laundering, criminal breach of trust, and abuse of power but acknowledged that $700 million had been deposited into his personal bank account.

“The money was basically from the Saudis and it was used for election purposes,” he said.

“I am on record to say that I don’t condone any wrongdoings… I had no intention of spending it in a lavish way.”

The 1MDB Chronicles Episode 1: THE DONATION

MUST WATCH!!!The very first episode of "The 1MDB Chronicles: The Great Grandmother of All Scandals" and find out more about THE DONATION with Tony Pua.More episodes coming up very very soon in multiple languages. Watch this space!!Enjoy and don't forget to "SHARE"!!

According to Wright, the former prime minister, while aware that the troubled state fund was being used as a political slush fund, was not fully in control.

“I think he was disengaged from the day-to-day processes in a way that Jho Low was not. Jho Low was running the show,” Wright said.

Currently, Low has outstanding arrest warrants awaiting his return to the country, issued by the Malaysian Anti-Corruption Commission (MACC) and police.

Although his official whereabouts are unknown, it is believed he is hiding in China under the possible protection of the Chinese Communist Party (CCP). Malaysia’s Prime Minister, Mahathir Mohamad, said on Oct. 11 at the ASEAN Leaders’ Gathering he believes sabotage within his government could be one of the reasons why Malaysia has not yet succeeded in locating Low.

“One time, he was in Hong Kong. When we reached Hong Kong, he had flown away already,” he said.

The veteran leader has set a target of recovering all of the $4.5 billion of funds lost through 1MDB.

How Jho Low Stole from 1MDB

Billion Dollar Whale tells the story of how 36-year-old social climber Low was able to dupe multiple high-profile businessmen, allegedly organizing the theft of billions of dollars from 1MDB, which was wired into a “byzantine labyrinth of bank accounts, offshore companies, and other complex financial structures” around the world to fund his lifestyle of obscene luxury and greed.

In flagrante delicto: On the Billion Dollar Whale https://t.co/DxDusH4Q4P pic.twitter.com/NNJOSDcypv

“Working with the Malaysian prime minister, he helped create his own sovereign wealth fund which he ran from behind-the-scenes, and with the help of Goldman Sachs they borrowed all this money,” co-author Hope told CNN in September.

“He arranged all these deals where the money was kind of siphoned to the side and that’s where he took control of billions of dollars to fund his crazy lifestyle, to do big deals.”

Among the claims the book details is that Low squandered 1MDB funds to pay A-listers to make appearances at his extravagant parties. He would spend millions per night on alcohol in nightclubs, while funding Hollywood’s The Wolf of Wall Street starring Leonardo DiCaprio.

Low also purchased a luxury $250 million yacht named Equanimity. The superyacht arrived at a port in Kuala Lumpur’s outskirts in August, after being seized in Indonesia by the U.S. Justice Department in February in connection with the 1MDB probe.

Book to Hit the Big Screen

Discussions are underway to soon make a Hollywood movie out of the chart-topping book, according to reports.

SK Global Ivanhoe Pictures has acquired the book and Malaysia’s Michelle Yeoh, star of Crazy Rich Asians, has been signed to produce the film adaptation.

“We’re thrilled to be partnering with SK Global to bring the incredible story of Jho Low, a modern-day Gatsby, to the screen,” Wright said.