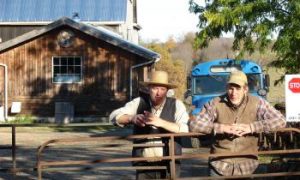 According to a government statement these new tariffs "will foster the development of a robust and sustainable biomass supply sector in Ireland.” It is also envisaged that they will increase the demand for biomass and also maintain the current measures already in place such as the Renewable Heat Deployment (REHEAT) programme and the Energy Crop grant schemes.

Announcing the measure, Minister Ryan said, “I have always maintained that Irish farmers could be at the forefront of the green economy and the fight against climate change.” The Minister said that the new initiative has the potential to contribute to economic recovery in rural Ireland as well as reducing our dependence on fossil fuels.

An added benefit for businesses and indeed home producers of electricity is that they can now sell the surplus to the national grid. The Minister hopes that this will promote the de-carbonisation of our electricity generation in Ireland.

“The introduction of these tariffs will cement existing jobs in place across a range of industries in Ireland,” said Minister Ryan. He elaborated on the benefits for businesses with a high heat load, “biomass CHP offers them [businesses] the opportunity to produce their own electricity and sell the surplus to the national grid.”

Another perceived benefit is for those businesses who require costly organic waste management, “Anaerobic Digestion will allow them [businesses] to treat their own waste on site with heat that can be used in process as well as being a valuable fertiliser,” said the Minister.

The Minister acknowledged that the process was in its infancy, “In many ways this is only the start of our work to progress bio-energy in Ireland … The Bio-energy Working Group report is currently being worked on in the Department of Energy.” This report is due to be published shortly concluded Minister Ryan.